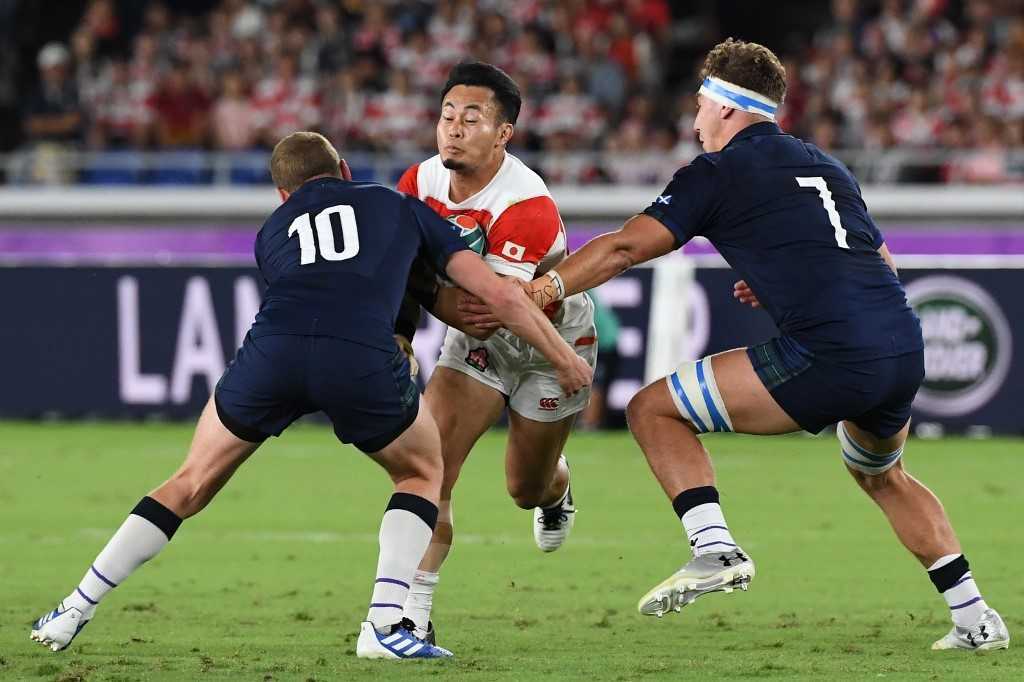 TOKYO - Rugby World Cup organisers filed misconduct charges against Scotland on Tuesday over comments made about Typhoon Hagibis, after the Scots threatened legal action if their final pool game was cancelled because of the deadly storm.

Organisers said they had "issued misconduct charges against the Scottish Rugby Union in relation to recent comments made about Typhoon Hagibis and its potential impact" on Scotland's match against Japan.

Scotland faced elimination if Sunday's Pool A game was cancelled, as happened to three other matches over the weekend as the typhoon struck. In the event, it went ahead but Scotland lost 28-21 to Japan, sending them out of the competition.

Tournament director Alan Gilpin told reporters on Tuesday that "under our tournament rules, we are very careful that people behave appropriately".

"As a result of that, we've referred to an independent disputes committee the behaviour and comments of the Scottish Rugby Union," said Gilpin.

As the typhoon approached, raising doubts about the pool match on Sunday, Scottish Rugby chief executive Mark Dodson said they were considering legal action if the game did not go ahead.

Scotland would not become "collateral damage" of the typhoon, said Dodson, adding that fans were "absolutely astounded at this rigidity from World Rugby".

Scotland were desperate for the game to be played because they would have been eliminated if it were cancelled and counted as a 0-0 draw.

In the end, Japan's victory saw them qualify at the top of the pool, while Scotland failed to reach the quarter-finals for only the second time in their history.

World Rugby chief executive Brett Gosper slammed the Scottish comments as "unhelpful and disappointing" and stressed organisers were not influenced by any discussions with member unions.

"We made a call based on the volume of what was in front of us. We were ready for typhoons. There is nothing exceptional about typhoons in this country. But this was an exceptional typhoon that we haven't had the likes of since the fifties," said Gosper.

"Please understand, this was an exceptional event that was thrown at this tournament and the tournament has handled it brilliantly. We knew this was coming but not on that scale," he said.