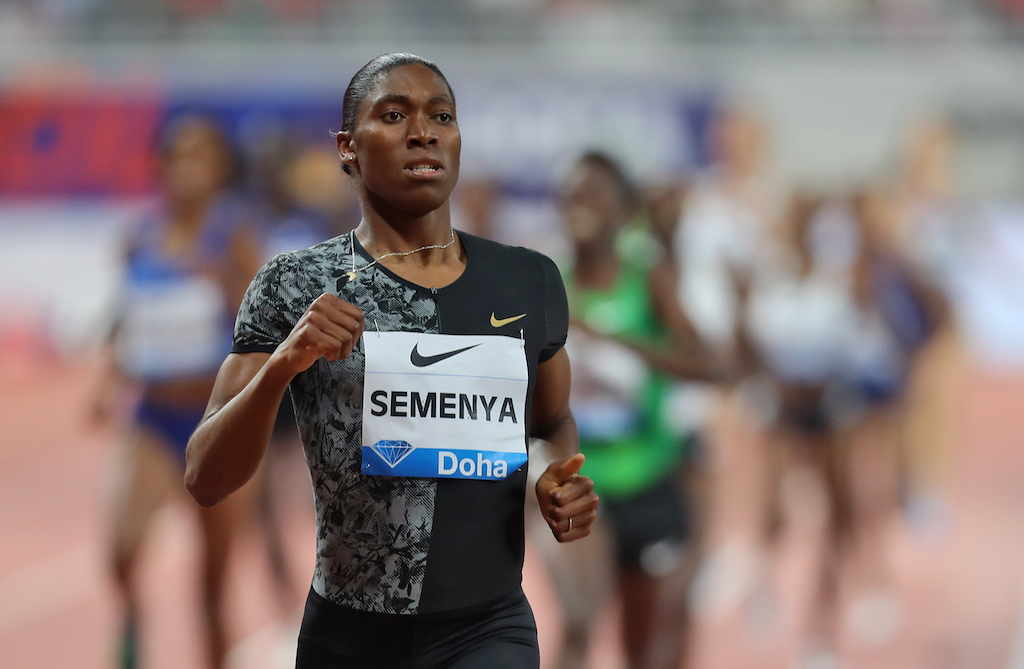 Caster Semenya won the 800m at the Doha Diamond League meeting this month.

LOS ANGELES - Two-time Olympic champion Caster Semenya will race the 3,000 metres at the Diamond League Prefontaine Classic on June 30, a distance she can contest without reducing her testosterone levels.

Semenya has won two Olympic golds at 800 metres and has insisted she will not take medication to comply with new International Association of Athletics Federations (IAAF) rules governing testosterone levels in women athletes that went into effect on May 8.

The new rules require women with higher than normal male hormone levels -- so-called "hyperandrogenic" athletes -- to artificially lower the amount of testosterone in their bodies if they are to compete in races over distances of 400m to the mile.

READ: No Semenya at Stockholm Diamond League after IAAF ruling

Semenya won the 800m at the Doha Diamond League meeting this month in her first race since losing her appeal of the controversial ruling at the Court of Arbitration for Sport.

South Africa have said they will lodge an appeal of the CAS ruling with the Switzerland Federal Tribunal citing lack of clarity over how the rules can be implemented.

Semenya's case has provoked a furious debate across sport worldwide about gender and "hyperandrogenic" athletes, those with "differences of sexual development" (DSD).

The World Medical Association has urged doctors not to enforce the rules, warning that attempts to do so would breach ethics codes.

As the debate rumbles on, the Prefontaine 3,000m will be Semenya's first race since the rules went into effect.

Prefontaine Classic meet director Tom Jordan said Semenya's agent reached out to meet officials asking if she could start in the 3,000.

"We were happy to oblige," Jordan told AFP, adding that he saw "no downside whatsoever" despite the controversy over the new rules.

"To be honest, I'm as curious as anyone to see how she will fare against the world's best distance runners," Jordan said.