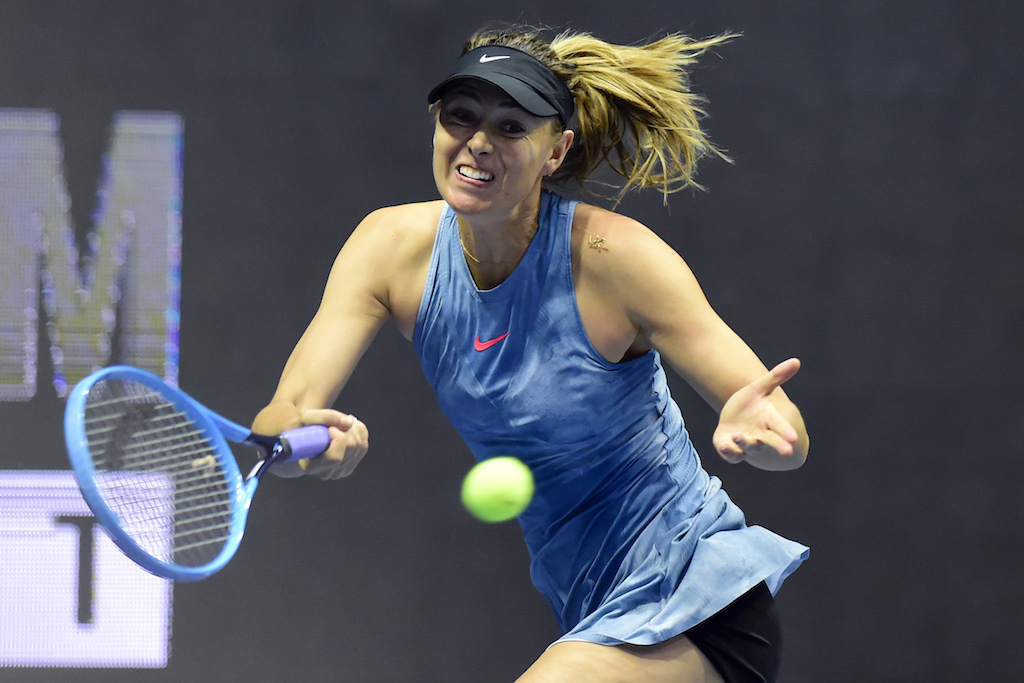 Maria Sharapova has struggled to find top form since coming back from a 15-month doping ban in 2017.

PARIS - Five-time Grand Slam winner Maria Sharapova, one of the world's most recognisable and highest-paid sportswomen, on Wednesday announced her retirement at the age of 32.

"After 28 years and five Grand Slam titles, though, I'm ready to scale another mountain — to compete on a different type of terrain."

Men's number one Novak Djokovic dubbed Sharapova a "legend" of the sport, hailing her "great impact".

"It's going to keep on being present because her brand I think exceeds her tennis achievements," Djokovic said. "She's a very smart girl.

"She has the mind of a champion, someone that never gives up."

Sharapova burst onto the scene as a supremely gifted teenager and won her Grand Slams before serving a 15-month ban for failing a drugs test at the 2016 Australian Open.

Sharapova has hardly played in the past year because of long-standing shoulder problems.

When she did feature she lost as many matches as she won and was dumped out in the first rounds at Wimbledon, the US Open and, most recently, the Australian Open in Melbourne.

Siberia-born Sharapova first picked up a racquet at the age of four in Sochi, where her Belarus-born parents had settled after escaping the deadly clutches of the 1986 Chernobyl disaster.

She shot to fame as a giggly 17-year-old Wimbledon winner in 2004, the third-youngest player to conquer the All England Club's hallowed grass courts.

"I believed that if I kept grinding and grinding, I could push myself to an incredible place."

But in 2007 Sharapova began her long on-off battle with shoulder trouble.

She would win the 2008 Australian Open before a second shoulder injury kept her off tour for the second half of the season, missing the US Open and Beijing Olympics.

In 2012, the Siberian-born Sharapova captured the French Open to become the 10th woman to complete a career Grand Slam. She added Olympic silver to her resume that year.

Her 2014 French Open title was another high after a dispiriting injury low.

More fitness troubles followed before the bombshell announcement of her positive test for the banned heart drug meldonium.

Always a fighter -- the seven-year-old Maria and father Yuri left for the US in 1994 with just a borrowed $700 to their names -- Sharapova returned to the sport in 2017.

"In giving my life to tennis, tennis gave me a life," Sharapova said in her retirement missive.

"I'll miss it everyday. I'll miss the training and my daily routine: Waking up at dawn, lacing my left shoe before my right, and closing the court's gate before I hit my first ball of the day.

"I'll miss my team, my coaches. I'll miss the moments sitting with my father on the practice court bench. The handshakes — win or lose — and the athletes, whether they knew it or not, who pushed me to be my best.

"Looking back now, I realize that tennis has been my mountain. My path has been filled with valleys and detours, but the views from its peak were incredible."

Sharapova had been the highest-paid female athlete in the world in the 11 years up to 2016, according to Forbes business magazine.

She netted prize money alone of $38.8 million (35.7m euros) in a career during which she won 36 singles titles. Forbes, in its 2016 article, said the Florida-based Russian had banked nearly $300m from prize money, appearances and endorsements since she turned professional in 2001.

She has also established herself as an entrepreneur, launching her own line of candy, 'Sugarpova', and warned Wednesday her "relentless chase for victories... won't ever diminish".

"No matter what lies ahead, I will apply the same focus, the same work ethic, and all of the lessons I've learned along the way.

"From the day @MariaSharapova won her first #Wimbledon title at age 17, she has been a great champion," tweeted the American.

"A 5x major champion and a former World No. 1, her business success is just as impressive as her tennis achievements. Maria, the best is yet to come for you!"