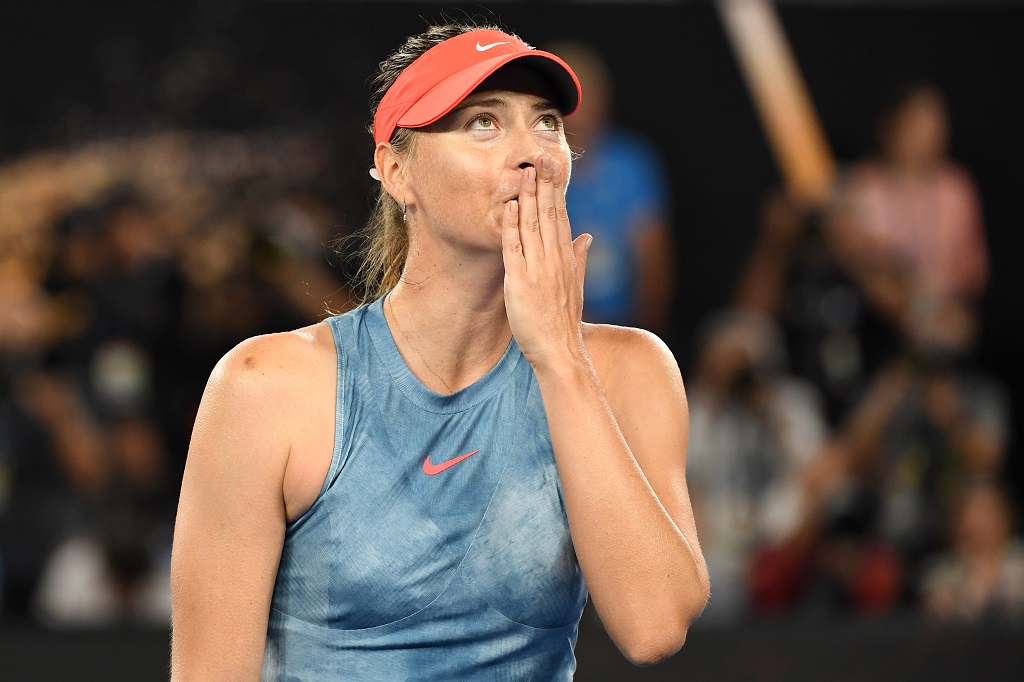 In this file photo taken on January 18, 2019, Russia's Maria Sharapova celebrates her victory against Denmark's Caroline Wozniacki during their women's singles match on day five of the Australian Open tennis tournament in Melbourne.

FRANCE - Novak Djokovic hailed Maria Sharapova as a "legend" with "the mind of a champion" after the Russian superstar announced her retirement from tennis at the age of 32.

Five-time Grand Slam champion and former world number one Sharapova called time on her career after losing a long-term battle with shoulder trouble having amassed a total of 36 WTA titles, spending 21 weeks on top of the rankings and with a personal fortune estimated at $300 million.

"Her impact on the sport, not just women's tennis, but tennis in general, was great. It still is great," said world number one Djokovic in Dubai where he made the quarter-finals on Wednesday.

"She's a very smart girl, someone that I know very well for a long time. She has the mind of a champion, someone that never gives up. She's shown that especially in the last five years.

"She had a lot of obstacles and difficulties, especially with her injuries and everything that she had to endure in order to give herself at least another chance to play competitive tennis.

"For someone that has won five Grand Slams and has been No. 1 of the world, a legend of the sport. She should be proud of everything she has achieved."

US legend Billie Jean King said Sharapova had been a "great champion" ever since becoming an overnight sensation as a 17-year-old Wimbledon champion in 2004.

"From the day @MariaSharapova won her first #Wimbledon title at age 17, she has been a great champion. A 5x major champion and a former World No. 1, her business success is just as impressive as her tennis achievements. Maria, the best is yet to come for you! #MissYouMaria," tweeted 12-time major winner King.

Petra Kvitova, a two-time Wimbledon winner, who defeated Sharapova in the 2011 final at the All England Club, praised the Russian's "hard work and fight".

"It was a pleasure to share the court with you @MariaSharapova. We always had great battles when we played and I have so much respect for your hard work and the way you always fight for everything," tweeted the Czech.

"You have achieved a lot in your life so far and I know this is just the start."

Men's world number six Stefanos Tsitsipas, who was only five when Sharapova won Wimbledon in 2004, said many of the Russian's rivals can only be envious of her success.

"I think many people are jealous of the career that she had," said the Greek, also playing in Dubai this week.

"Obviously she was behind Serena, another great athlete. I would say after Serena she's probably the best after her.

"She had a really good career with great victories, great achievements in tennis. I think she added a lot to our sport."

WTA chief executive Steve Simon added: "She will be greatly missed by her millions of fans around the world, but I know this will also mark an exciting new beginning for Maria as she now focuses on her many business ventures, charitable activities and other outside interests."

Sharapova's coach Riccardo Piatti tweeted: "It's been an honor to have worked with such an amazing athlete and person. I'll miss her on court and outside."

Olympic champion Monica Puig praised Sharapova for helping in relief efforts when Puerto Rico was devastated by a hurricane in 2017.

"Thanks for being such a great friend and a true example of what a champion really is. I wish you nothing but the best. You deserve it," she tweeted.