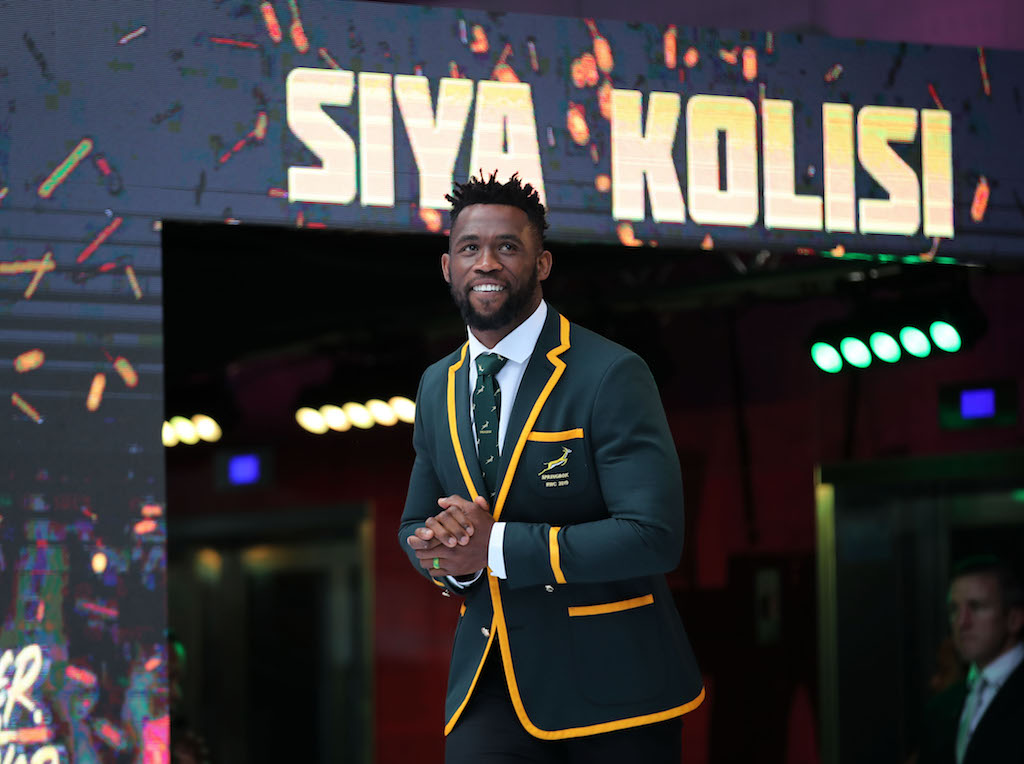 Kolisi took the prize following a poll of the RUWC's 200-plus members ahead of their annual dinner in London.

The 28-year-old flanker led South Africa to World Cup glory last year, when England were crushed in the final in Japan.

Kolisi, who succeeds Ireland fly-half Johnny Sexton as the holder of the Pat Marshall Memorial Award, was appointed as the Springboks' first black Test captain in 2018.

He has presided over a series victory against England and Rugby Championship glory, as well as leading South Africa to their third World Cup.

Kolisi follows in the footsteps of previous greats to have been acclaimed by the RUWC, including Gareth Edwards, Jonah Lomu, Martin Johnson, Lawrence Dallaglio, Jonny Wilkinson and Dan Carter.

The list of nominees in contention for the 2019 award was dominated by South Africa, with head coach Rassie Erasmus and scrum-half Faf de Klerk also present, while Wales captain Alun Wyn Jones and Japan talisman Michael Leitch completed the line-up.

It’s an honor & a privilege to receive this recognition from the Rugby Union Writer’s Club for the 2020 Pat Marshall award. To everyone that has been supporting me, my teammates, our sport, and our country, we will use this moment to continue bringing positive change to South Africa. Thank you. 🙏🏿🏆🇿🇦