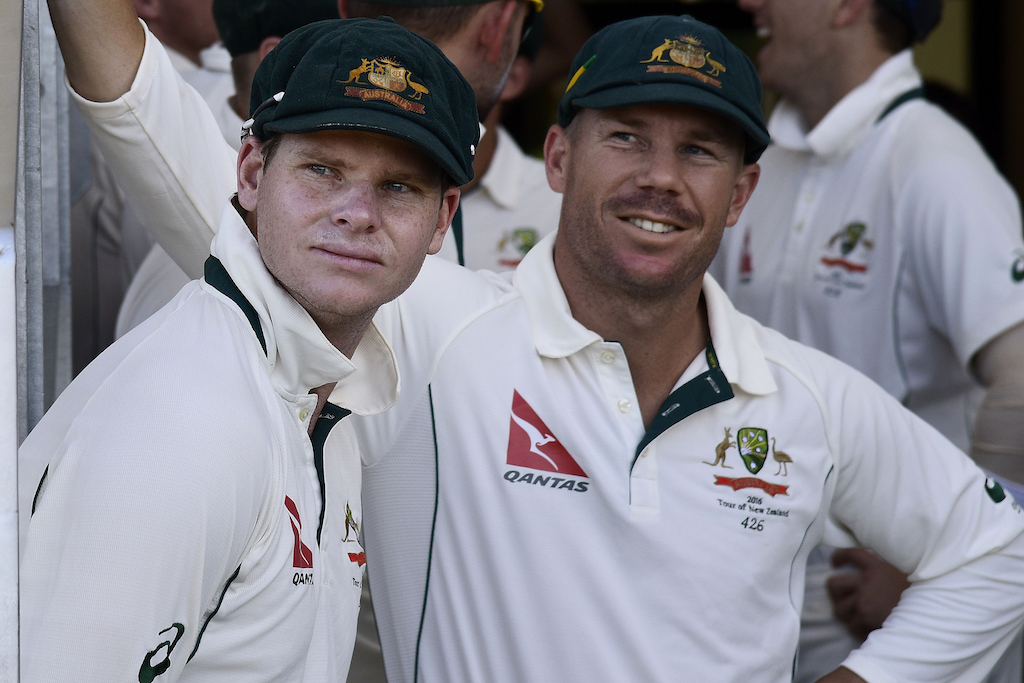 File: Smith and Warner were captain and vice-captain of Australia on March 24, 2018 when team-mate Cameron Bancroft was caught on television hiding a piece of yellow sandpaper in his trousers during the third day of the third Test.

SYDNEY - Steve Smith and David Warner completed their remarkable comeback from the ball-tampering scandal that rocked cricket when they were on Monday selected in defending champion Australia's World Cup squad.

But there was no room for Josh Hazlewood or Peter Handscomb at the tournament in England and Wales.

It is the first call-up for the former captain and his deputy since the expiry last month of year-long bans for their part in  "sandpapergate" in Cape Town that had wide repercussions for Australian cricket.

Then-coach Darren Lehmann quit and all the top brass from Cricket Australia left after a scathing review said their "arrogant and controlling" win-at-all-costs culture was partly to blame for players bending the rules.

Both players were eligible for the final two games of Australia's recent limited-overs tour against Pakistan, but selectors preferred that they eased themselves back at the Twenty20 Indian Premier League.

Both grabbed the opportunity and have been in good touch, particularly the bombastic Warner who has made a blistering return.

"As far as I'm concerned they have done everything that's been asked of them in the last 12 months," said one-day skipper Aaron Finch, adding that he didn't believe their return would be destabilising.

"Knowing them both personally as I do, I don't think there will be any issues whatsoever. They are both great, great guys."

Their return has left coach Justin Langer with a dilemma on the back of Australia winning eight one-day internationals on the trot, against India and Pakistan.

All the top order have been firing, and it is Handscomb who is the fall guy despite averaging 43 in 13 games this year. The decision to drop him means the team only has one wicketkeeper in Alex Carey.

As with the batsmen, Australia's selectors faced a bowling conundrum as they target a record sixth World Cup triumph.