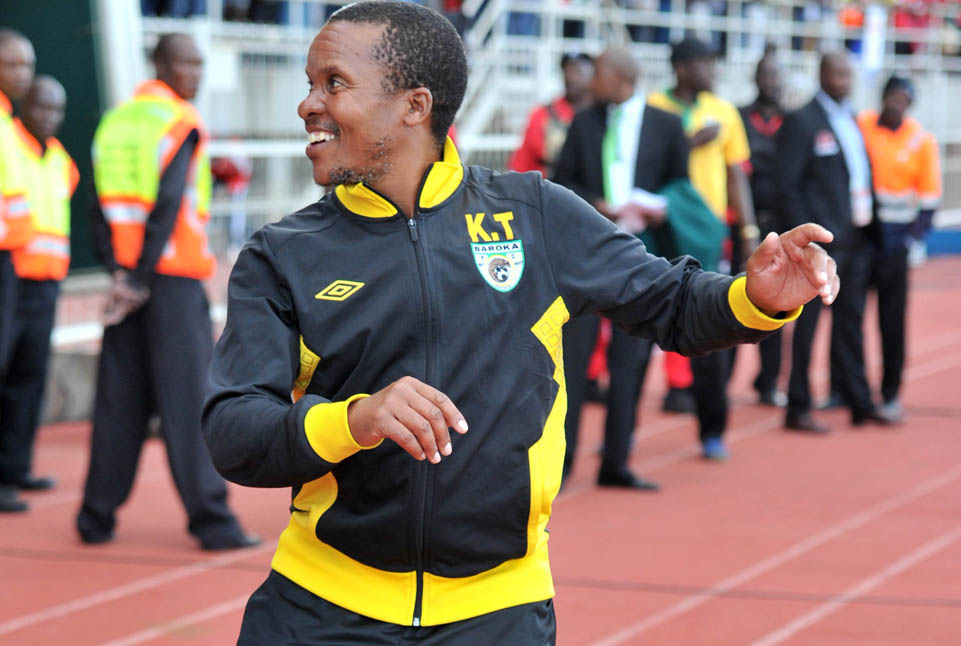 Kgoloko Thobejane, coach of Baroka FC. Baroka FC has moved to the top of the NFD standings for at least 24 hours after their win in Pietermaritzburg.

JOHANNESBURG – Baroka FC moved back to the top of the table, while there were victories for the clubs occupying the relegation zone as well in Saturday’s National First Division (NFD) matches.

Royal Eagles went down 2-1 to Baroka which allowed then to keep the pressure on Highlands Park. They moved to the top of the NFD standings for at least 24 hours after their win in Pietermaritzburg.

Philani Cele was on target for Eagles, a brace from Mathari Mothupa firing the Limpopo team to victory.

On target for the Birds were Msekeli Mvalo, Khotso Malope and Felix Obada, while Kebaho scored for the Cape team.

Milano United suffered a 1-0 defeat at the hands of Mbombela United. Mbombela reignited their promotion hopes when they edged out Mbombela United 1-0, the only goal of the game coming from Bongani Ndhlovu.

Warriors remained bottom of the NFD table, but kept in touching distance of those clubs above them, thanks to the 3-0 win. On the score-sheet for the Free State side were Thamsanqa Ngema, Khwela Muziwandile and Xolani Ngema.

Bucks secured an important three points in their quest to avoid the drop when they edged out All Stars in Mthatha. The only goal of the game came on 22 minutes, Petrus Ngebo scoring for the second week running when he picked out the bottom corner after an assist by Sihle Maso.