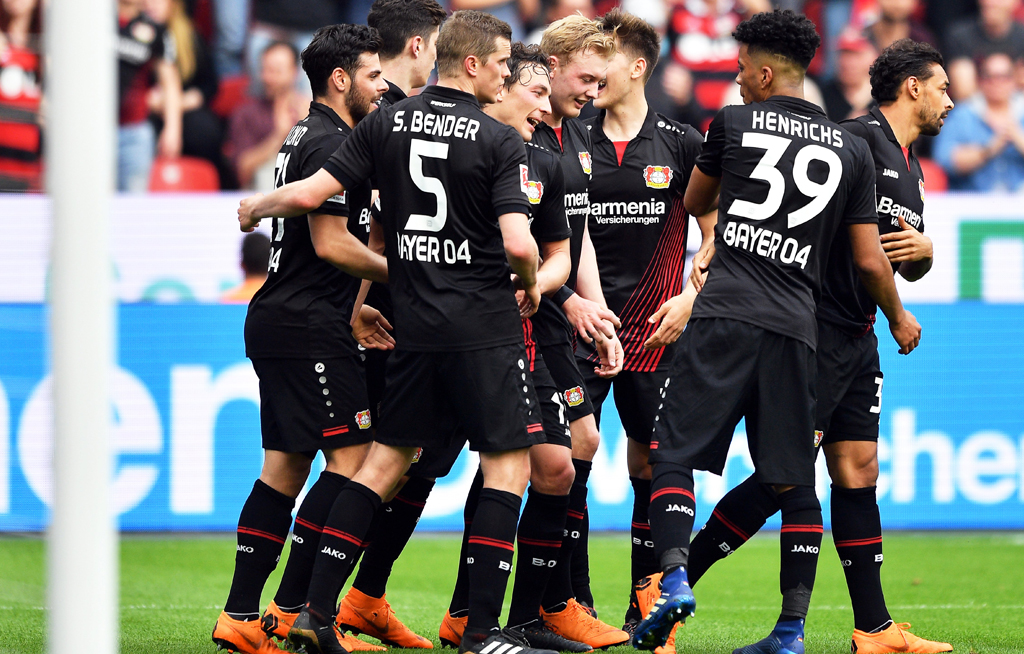 Leverkusen's Kevin Volland (L) celebrates with his teammates after scoring the 3-1 lead during the German Bundesliga soccer match between Bayer Leverkusen and Eintracht Frankfurt in Leverkusen, Germany, 14 April 2018.

BERLIN - Niko Kovac insisted Eintracht Frankfurt won&39;t use his appointment as Bayern Munich coach next season as an excuse, despite their 4-1 thrashing at Bayer Leverkusen on Saturday.

Frankfurt&39;s plans for next season were thrown into chaos on Friday when Bundesliga champions Bayern confirmed Kovac, 46, will join them to replace Jupp Heynckes as coach in 2018/19.

"Trainers and players come and go, my team will not use this as an excuse," Frankfurt coach Kovac told Sky.

"Everyone is professional enough because we know we can achieve a European place next year - I am convinced of that."

However, the performance at the BayArena did not back up Kovac&39;s words as Frankfurt&39;s Champions League hopes suffered a heavy blow.

This was the first time this season Frankfurt have conceded four goals.

Germany hopeful Kevin Volland boosted his chances of making Joachim Loew&39;s World Cup squad, to be named on May 15, with a hat-trick for Leverkusen.

Germany international Julian Brandt gave Leverkusen the lead with a deft header -- his first in the Bundesliga -- on 20 minutes.

When teenage winger Kai Havertz threaded a pass through the Frankfurt defence, Volland tucked his shot into the bottom corner on 71 minutes to make it 2-1.

The floodgates opened soon after.

Volland&39;s second goal came six minutes later when Brandt broke through the middle and played Karim Bellarabi in behind the defence.

The winger handed Volland a simple tap-in, and the striker then claimed his 14th goal of the season to wrap up his hat-trick.

Bellarabi beat the defence and again served up another a goal for Volland two minutes before the final whistle.

The win cements Leverkusen&39;s grip on fourth place and gives them a five-point cushion over Hoffenheim, in fifth, and Frankfurt, who are in the Europa League places.

The victory boosts Leverkusen ahead of Tuesday&39;s German Cup semi-final at home to Bayern.

Bottom side Cologne suffered a 2-1 away defeat to mid-table Hertha Berlin at the Olympic Stadium.

Leon Bittencourt gave Cologne the lead, but Hertha came back with two goals as Davie Selke netted twice in the second half.

Hamburg stumbled to a 2-0 defeat at Hoffenheim as Serge Gnabry and Adam Szalai netted first-half goals in Sinsheim.

Hanover 96 snatched a point at Stuttgart as striker Niclas Fuellkrug equalised in the 91st minute after Erik Thommy gave the hosts the lead just after the break.