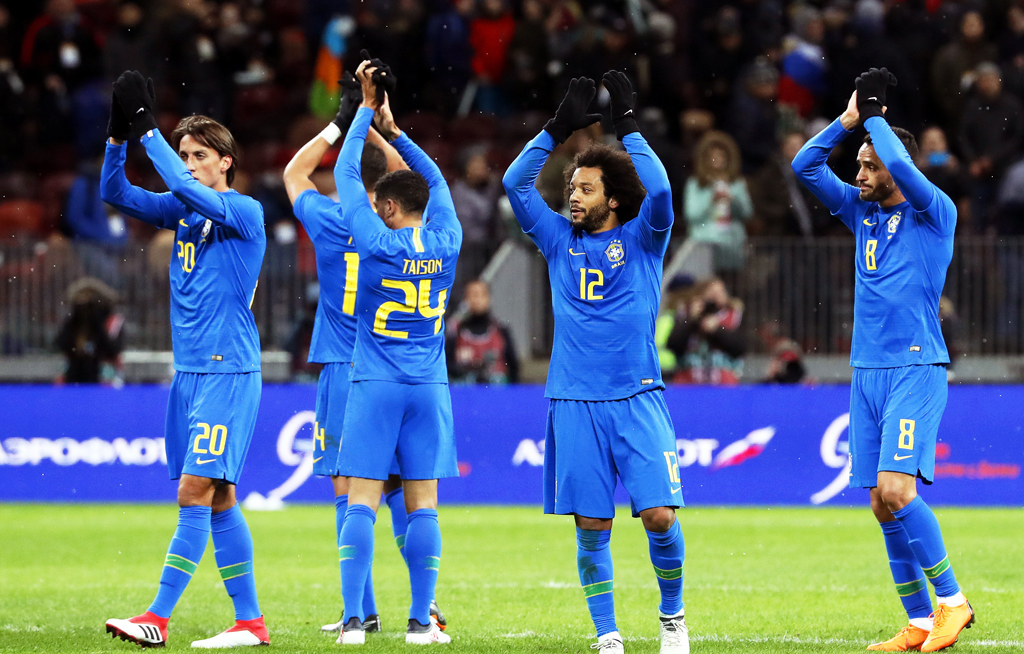 A woman walks past by the entrance of an appliance store damaged after gang attacks in Vitoria, Espirito Santo state, Brazil February 6, 2017.

MOSCOW -Five-time world champions Brazil showed no signs of missing Neymar as they fine-tuned preparations for this year&39;s World Cup with a confident 3-0 victory over tournament hosts Russia on Friday.

-- | Coutinho makes it 2-0 for Brazil.pic.twitter.com/VNH8bpaUnb

"I&39;m very happy with my team&39;s performance," Brazilian manager Tite said. "My players put into practice everything that we planned for this match.

"They&39;ve learned well all the lessons that we&39;ve been working on in training and they converted the chances that they created into goals.

"In the first half, we studied Russia&39;s play and tactics and made certain changes at the break to show our best in the second half. I believe my team is almost ready for the World Cup.

Tite&39;s next job is to psychologically prepare Brazil for a match with their 2014 semi-final nemesis Germany.

Official: Mesut zil will not travel with the Germany squad for their friendly match against Brazil in Berlin on Tuesday. afc pic.twitter.com/HFiaxQkBky

"Now we need to forget the 7-1 defeat at the previous World Cup and to perform with dignity in Berlin. We must be mentally strong and we have no other choice but to play our best football on Tuesday."

Brazil, who were without injured superstar Neymar, started brightly and in the fifth minute Dani Alves lobbed the ball into the area to Gabriel Jesus but the Manchester City striker shot straight at Russia&39;s goalkeeper Igor Akinfeev.

Brazil dominated play and possession but failed to create any more serious chances before the break as Russia defended in numbers.

Russian winger Alexander Samedov tested Alisson with a shot from 20 yards out just after the half-hour mark, but Brazil&39;s Roma &39;keeper palmed the ball away for a corner.

Alexei Miranchuk also had a chance for an opener five minutes later, but his powerful close-range angled shot rifled over the crossbar.

Two minutes after the interval Willian found the unmarked Paulinho in the area, but Akinfeev parried his low close-range shot.

Miranda finally put Brazil team into the lead when he fired home a 53rd-minute goal, knocking in a rebound from Akinfeev off a Thiago Silva header.

Brazil continued testing the home team&39;s defence and nine minutes later Coutinho made it 2-0 for the visitors with a penalty after Alexander Golovin fouled Paulinho in the area.

Paulinho rounded off the scoring in the 67th minute with a five-yard header off a pinpoint cross by Willian from the right.

Russian head coach Stanislav Cherchesov said his team failed to convert their plan as classy Brazil were in complete command.

"Brazil is without a doubt the more classy team. They forced us to make mistakes and capitalised on them," he said. "We also created some chances today but unfortunately failed to convert any of them."