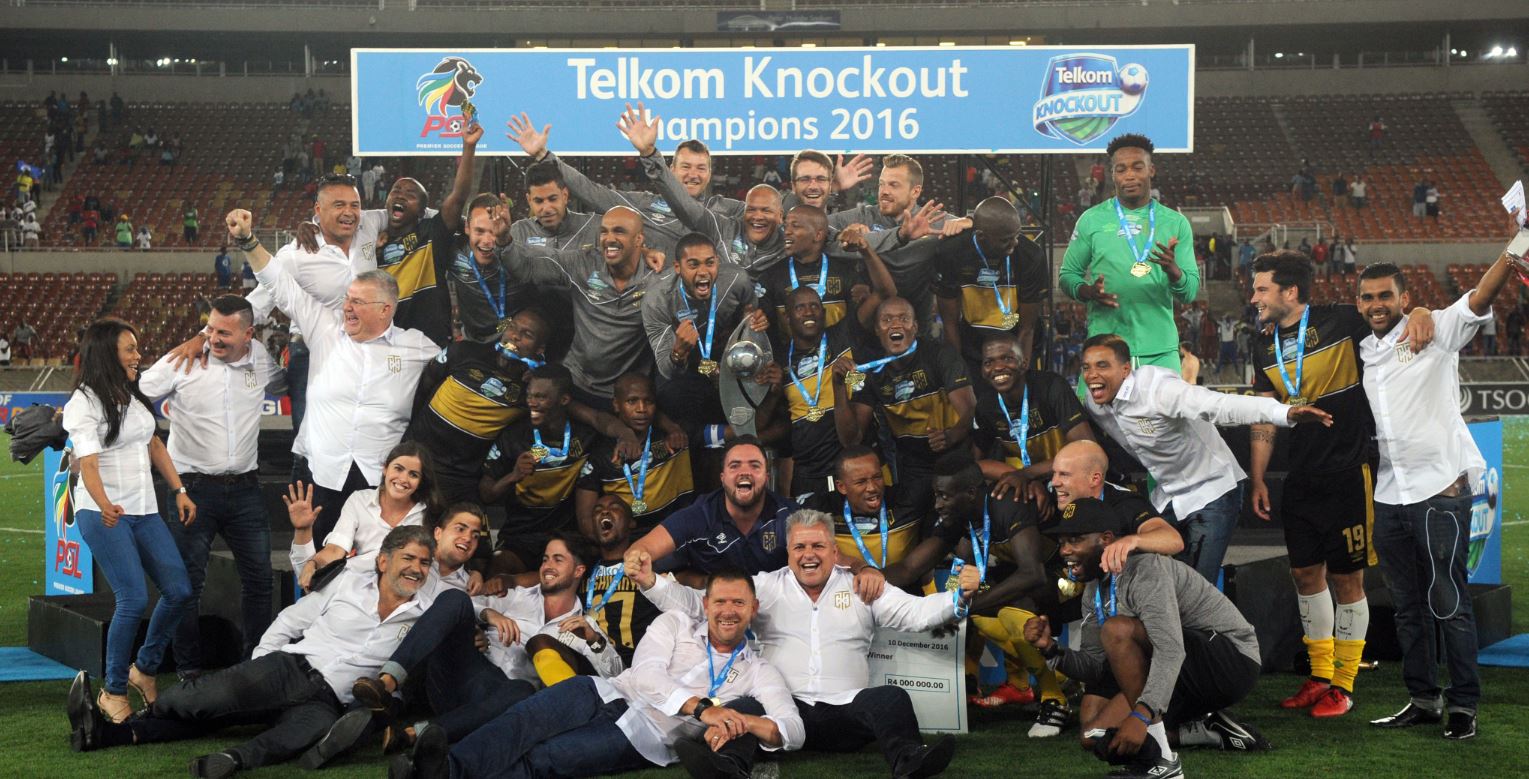 POLOKWANE – Not only are Cape Town City setting the pace in the league, but the newly formed club were crowned Telkom Knockout champions for 2016 after beating SuperSport United 2-1 at the Peter Mokaba Stadium on Saturday.

Saturday evening’s final proved to be a pulsating encounter in which SuperSport certainly played their part. But it was the team from the Western Cape which carried the greater fluency and threat in their attacking play and they were deserved winners after Judas Moseamedi nodded in a 70th-minute winner.

Cape Town...you've got a bunch of CHAMPIONS in Cape Town City FC!!!
This one is for our CITY!!!

There was little to separate the two sides in an intense and fast-paced opening 10 minutes, although the Pretoria side could have taken the lead had Thuso Phala arrived a split second earlier to get a touch with Thabo Mnyamane’s inviting cross-field ball.

But as things progressed it became apparent that City looked the sharper outfit, hungrier to win back ball possession while looking sharp and incisive on attack.

And they were ahead after 12 minutes played when Thato Mokeke won a tackle 35-yards out, slipping in Aubrey Ngoma who obliged with a rasping grass-cutter which flew past the outstretched Reyaad Pieterse and in at the far post.

While Matsatsantsa were to enjoy some good spells of possession after the goal, the Cape side looked more threatening and Pieterse had to be brave to fling himself in front of Sibusiso Masina after a poor back-pass by Clayton Daniels on 29 minutes.

Eric Tinkler’s side were again close to adding a second just before half-time, but Bongolwethu Jayiya’s header flashed inches wide of the far post.

SuperSport had the first chance after the break when Mnyamane’s lob from an audacious angle was tipped over the bar by Shu-aib Walters.

But City captain Lebogang Manyama along with Ngoma was causing all kinds of problems for the Pretoria team’s defence and there were a couple of occasions when some lovely interplay came close to providing a goal.

Chances then followed at the other end as Kingston Nkhatha’s snap-volley narrowly missed before Morgan Gould squandered a great chance after heading a 64th minute header over goal.

And SuperSport had their reward when Nkhatha scored from close range on 70 minutes after Gould’s header from a corner deflected off Daniels and into his path.

But City hit back within two minutes, man-of-the-match Ngoma the provider as he crossed for Moseamedi, who showed great touch to guide a header in at the far post.

Both sides then survived conceding goals as Thamsanqa Mkhize made a brilliant tackle in the 80th minute to deny Mnyamane right on the line before Dean Furman got back superbly to clear Manyama’s dangerous cross off the line.

There were some anxious late moments for the Cape team as SuperSport threw everything into attack in the final 10 minutes, but they held on for the win as the fairytale continued less than six months into their existence. For coach Tinkler, it was third-time lucky after having previously lost two cup finals with Orlando Pirates.