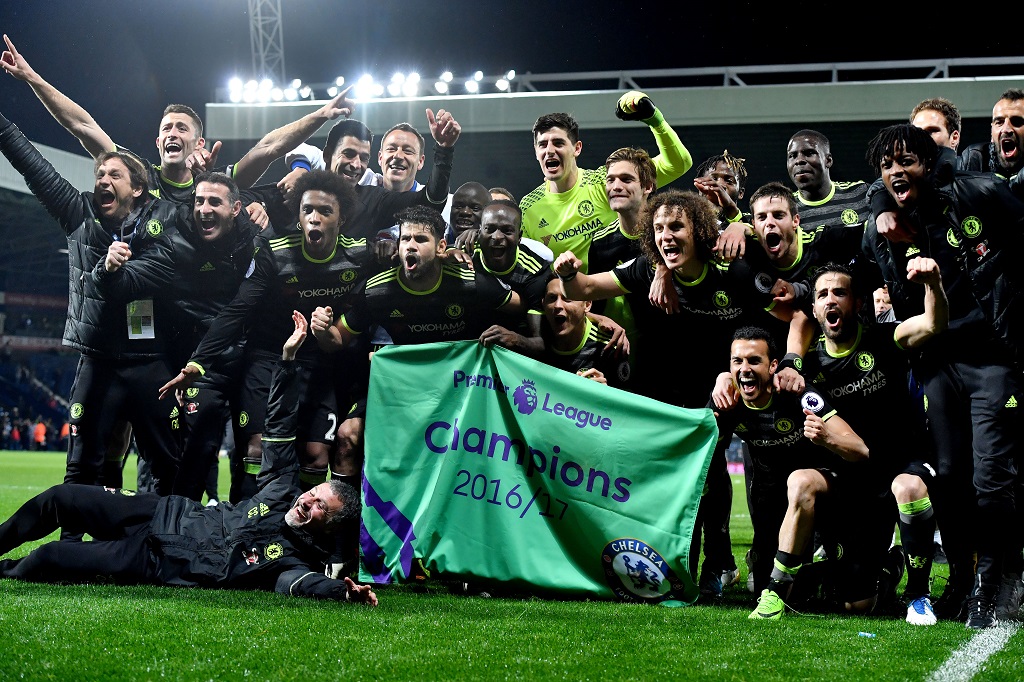 Chelsea players celebrate victory after the English Premier League match between West Bromwich Albion and Chelsea at The Hawthorns stadium in West Bromwich, west Midlands on May 12, 2017.

LONDON - Michy Batshuayi's late goal clinched the Premier League title for Chelsea as they beat West Bromwich Albion 1-0 on Friday, but they were made to fight all the way for the victory they craved at The Hawthorns.

Chelsea were suffering some late nerves as West Brom threatened to prolong the title race, but substitute Batshuayi prodded home the winner after 82 minutes to spark wild celebrations from Chelsea manager Antonio Conte.

The victory, Chelsea's 28th of the season, put the long-time league leaders 10 points clear of second-placed Tottenham Hotspur, who have only three games left to play.

Italian Conte is only the fourth manager to win the Premier League title at the first attempt, emulating his Stamford Bridge predecessors Jose Mourinho and Carlo Ancelotti as well as Manuel Pellegrini who achieved the feat with Manchester City.