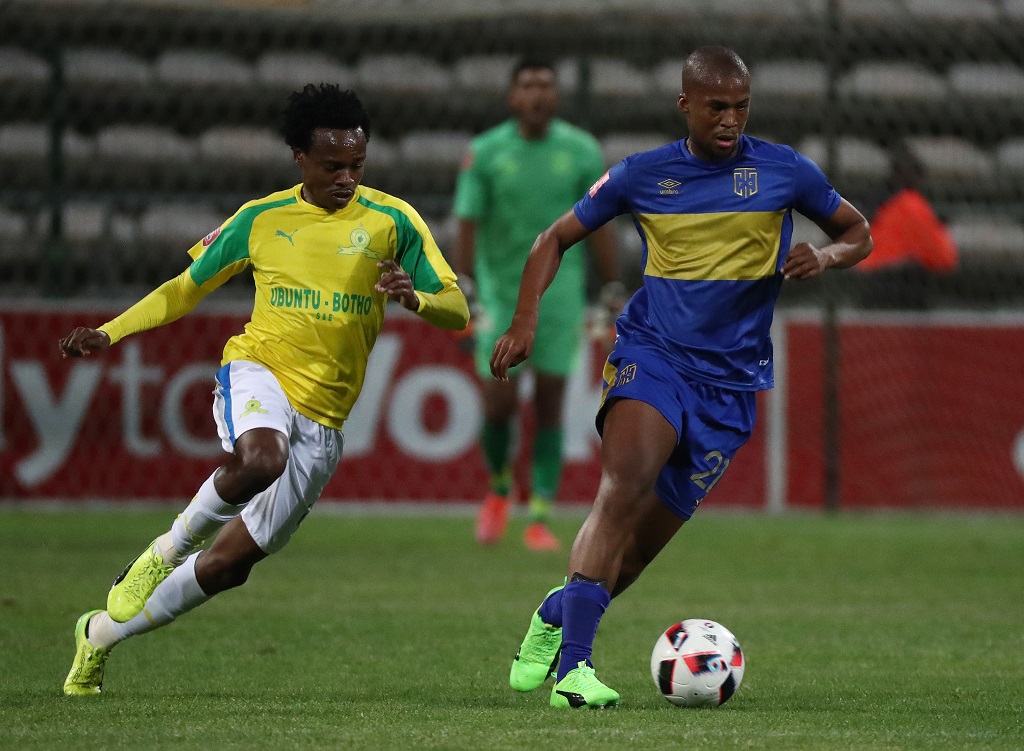 CAPE TOWN – Cape Town City did their title credentials no harm as they edged out defending league champions Mamelodi Sundowns 1-0 in a pulsating game played at a packed Athlone Stadium on Friday night.

There was little to choose between the two sides on a chilly evening which provided non-stop action and incident before the hosts ran out winners thanks to a well-taken second-half goal from captain Lebogang Manyama.

FT: Cape Town City 1-0 Sundowns
What an amazing victory for us against a team described as the strongest team on the continent!#iamCityFC pic.twitter.com/fOURb1gyqC

Action was fast and furious from the kick-off, and it was Cape Town City who had the early chances. Lehlohonolo Majoro flashed a header wide with just seconds on the clock, and then Robyn Johannes failed to hit the target from close range, after Downs keeper Wayne Sandilands was found wanting at an eighth-minute corner.

Roland Putsche then tested Sandilands with a stinging long-ranger before Thabo Mokeke hit the side-netting as the hosts continued to apply the pressure.

Sundowns began to find their rhythm midway through the half and chances followed, but Percy Tau and Sibusiso Vilakazi were off target, while Tiyani Mabunda’s well-struck shot drew a good save out of Shu-aib Walters.

An exhilarating move from the visitors involving Tau and Tebogo Langerman ended with Vilakazi firing over, although it was City who could have gone into the break a goal up after Majoro miscued a near-post volley in added time.

Eric Tinkler’s side were back on top after the restart as Sibusiso Masina had a shot blocked and then Putsche dragged an effort just wide from 20-yards.

The deadlock was broken on 57 minutes when Majoro did well to toe the ball through for Manyama, who showed his class and composure by steering the ball past an on-rushing Sandilands and into the net.

The Brazilians nearly hit back within two minutes when Walters dropped a routine cross and Anthony Laffor fired goalwards, but Johannes was back on his line to bail out his keeper.

In front of a capacity crowd, the action intensified with play going end-to-end and both sides surviving goalmouth scrambles in their own boxes as somehow the scoreline remained unchanged.

More chances followed as the game moved into the final 10 minutes.

But Tau skewed a shot wide at the near post from out on the right while Leonardo Castro and Soumahoro Bangaly headed wide for the African Champions.

Eric Tinkler’s team could also have added a second, but Judas Moseamedi missed with a header and Masina just failed to get on the end of Manyama’s cross.

But when the final whistle blew, the skipper’s goal proved to be the difference at the end of a thrilling 90 minutes and ensured that City top the Premiership standings at least until SuperSport host Ajax on Saturday night.