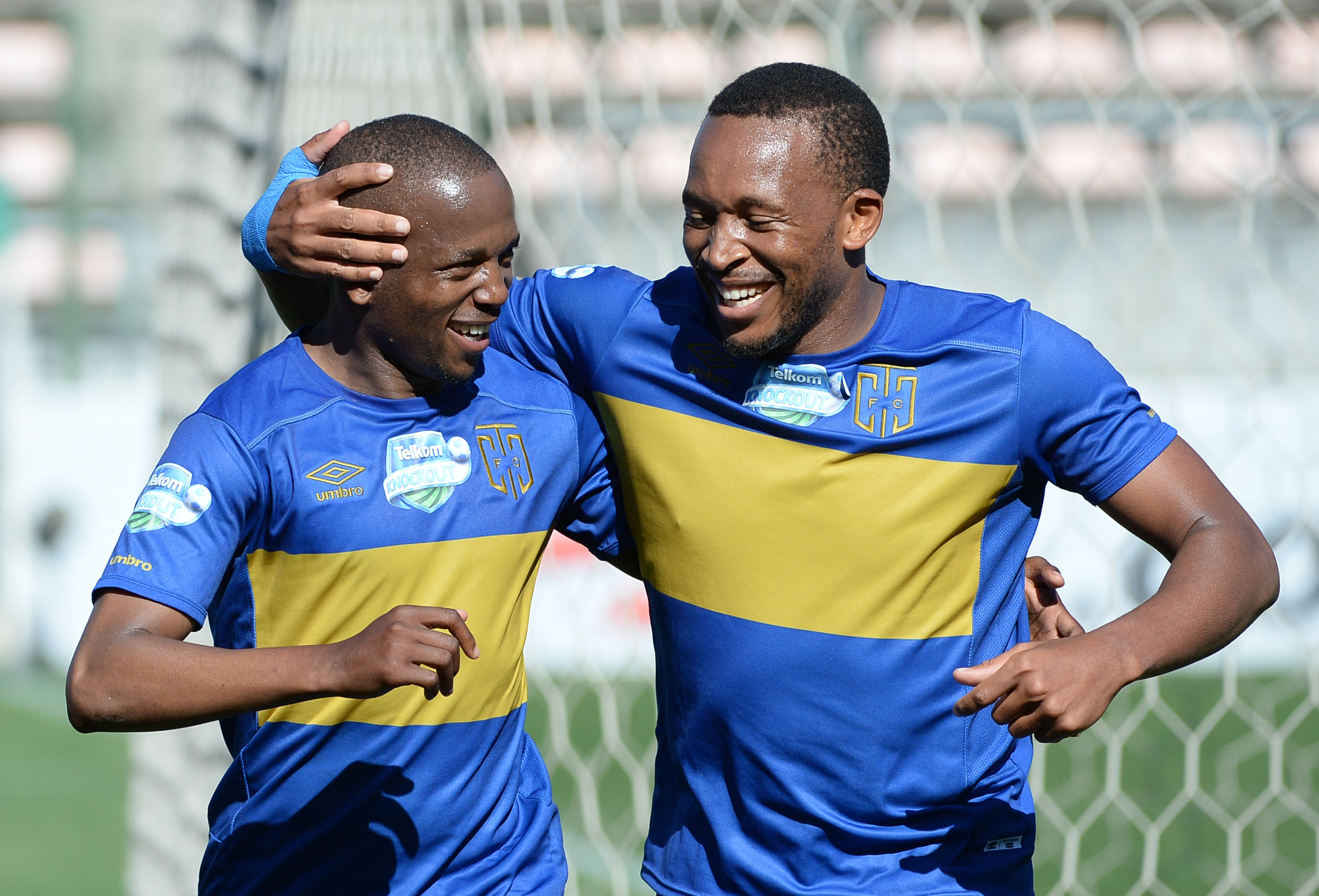 Thanks to the fans my teammates and the technical team for allowing me to have such moments! @CapeTownCityFC solid shift again boys pic.twitter.com/ZpRU4zLQxv

There was only ever one team in the game as the Cape side created scoring chances at will.

City appear an ever-increasingly confident side and are really starting to show their full potential in the last few weeks.

The hosts were on top from kick off and it took an excellent reflex save by Stars keeper Thela Ngobeni to stop Aubrey Ngoma from curling the ball into the top corner from 12-yards out after eight minutes.

City were to take the lead soon after though, Lebogang Manyama confidently slotting home a 10th minute penalty, after Katlego Mashego had hacked down Ngoma in the box.

It was almost 2-0 in the 20th minute when the influential and impressive Manyama played in Sibusiso Masina, but Ngobeni made a superb save with his feet and then also kept out Ngoma’s overhead kick from the follow-up.

Ngobeni again denied Masina from close range before the Cape side did double their lead, Roland Putsche firing a low shot in off the upright from 20-yards out on 31 minutes, Manyama again involved in the build-up.

The hosts were carving the Ea Lla Koto defence open at will, but missed several good chances to increase the lead and instead found their lead halved when Thokozani Sekotlong curled a brilliant free kick into the top corner seven minutes before the break.

The remaining minutes of the first half reverted to type as City continued to pour forward in attack, Ngobeni having to make further saves from Manyama and Masina before the break.

TELKOM KNOCKOUT ALERT!
We'll be the away side in the #TKO2016 final vs @SuperSportFC on December 10, venue to be confirmed. #iamCityFC

The opening 15 minutes of the second half was balanced as Stars seemingly having found a way to stem City’s attacks.

But it was 3-1 just after the hour mark when Mpho Matsi guided in a close-range volley at the back-post after Ngobeni had allowed a corner to drift over his head.

Stars tried their best to hit back, but could not make use of chances which fell to Nyiko Mobbie and Sekhotlong.

Instead it was the hosts who made quite sure of the result when a sweeping counter attack 10 minutes from time ended with the lively Ngoma squeezing in a shot at the near post.

The only downer on what had been a near-perfect afternoon for Eric Tinkler and his men was an injury to Manyama, who had been forced to leave the action midway through the second half.

Ea Lla Koto, meanwhile, had a poor afternoon undefined when Angelo Kerspuy was sent off in added time for lashing out at Putsche.

The Cape side will play either Orlando Pirates or SuperSport United in the final, those two clubs meeting in Mbombela later on Saturday.