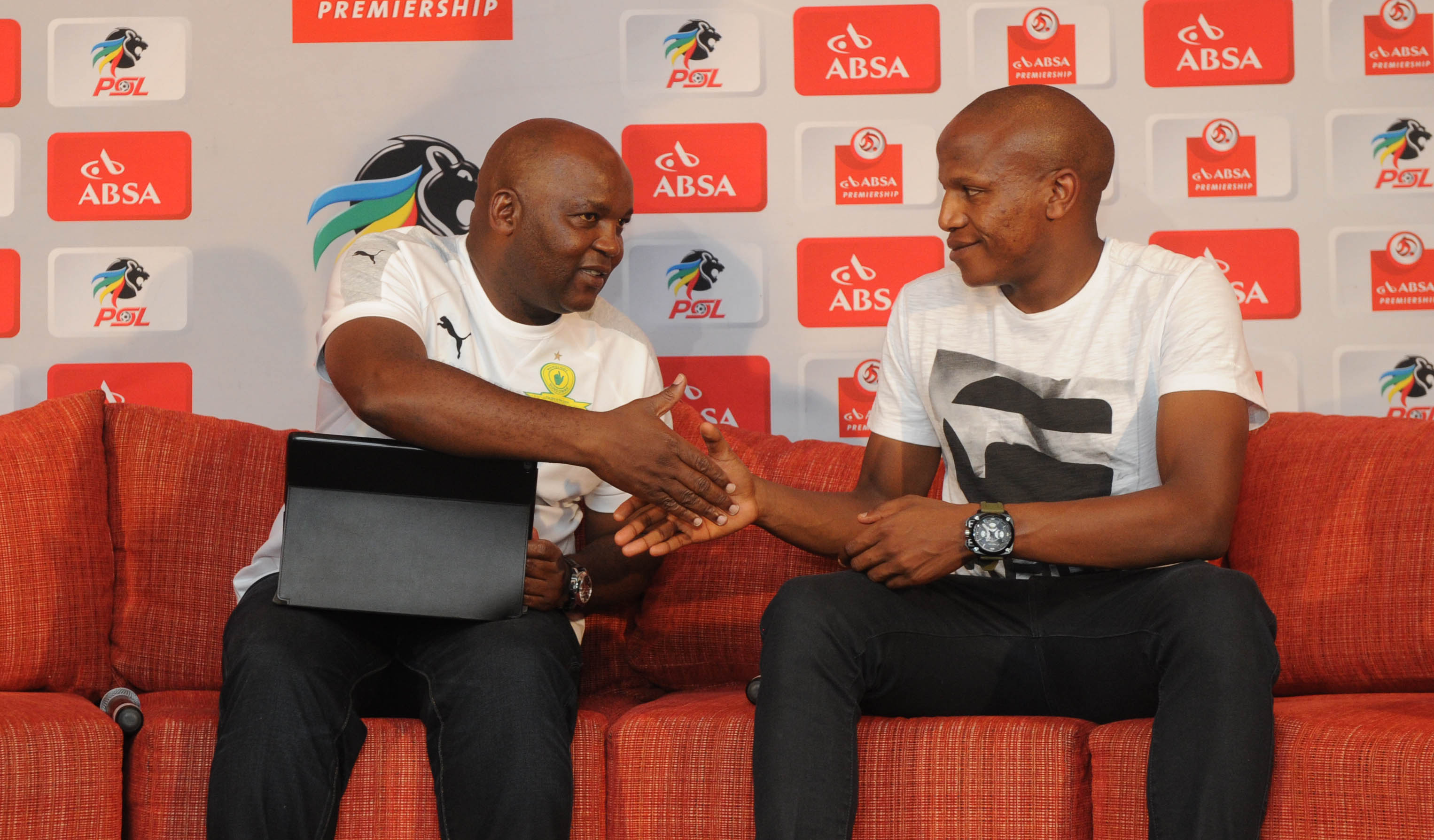 JOHANNESBURG - Cape Town City captain Lebogang Manyama and Mamelodi Sundowns coach Pitso Mosimane have been named the Player and Coach of the month for February.

Mosimane and Manyama, who have become synonymous with the monthly recognition awards in recent months, returned to the stage at the PSL offices on Wednesday afternoon to collect their individual accolades.

Mosimane won the monthly award a record five times during the 2015/16 Premiership campaign while Manyama is receiving his third individual award of this current campaign.

The Cape Town City midfielder, currently the joint-top scorer in the Premiership with 11 goals, continued his fine form going into the month of February.

He was selected by the panel of judges owing to him being a great team player, leading his side by example from the front, continuously improving his reading of the game, which has improved his overall performance and that of the club.

Judges were also impressed at his forceful style of play when going forward and his maturity as a player as the 2016/17 Premiership has gone on.

READ: Sundowns looking to picking up the pieces in domestic competition

Manyama from Alexandra, got the nod in a tight contest of voting by the panel of experts, which also saw Mamelodi Sundowns team-mates Themba Zwane and Percy Tau and Bidvest Wits’ forward Gabadinho Mhango come close.

Sundowns opened the month with a hard-fought victory away at Bloemfontein Celtic, beat Orlando Pirates at home, drew with Chippa United and then beat title rivals Wits 2-0.

During this time, the panel experts felt Mosimane has managed to keep his squad motivated and has created a healthy competition in his selection despite having several big names in his side.

Despite playing in other competitions, his team has remained consistent in the Absa Premiership and continues to play attractive, attacking football scoring 12 goals in five matches during this period.

The Soweto-born coach was selected ahead Eric Tinkler of Cape Town City, Bidvest Wits coach Gavin Hunt and Steve Komphela, the Kaizer Chiefs coach, who were also commended for having good runs during the month of February.

The Players and Coach of the Month awards were selected by a panel of judges made up of members of the broadcast media and football analysts and was convened by renowned local coach Farouk Khan.