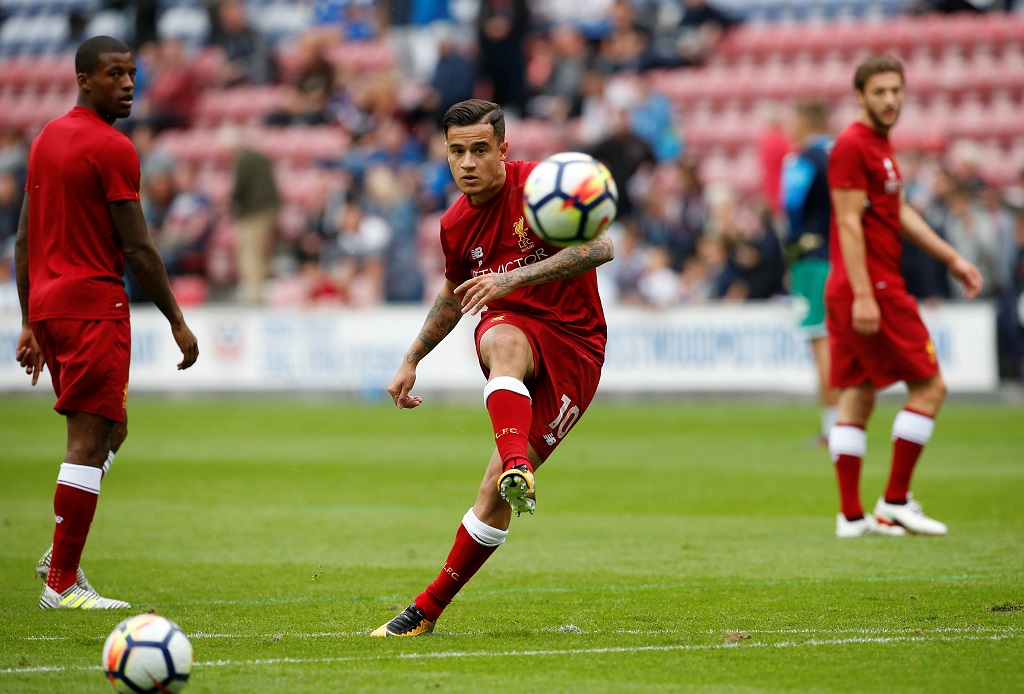 Liverpool's Philippe Coutinho warms up before the match against Wigan Athletic in a preseason friendly in Wigan, Britain on 14 July 2017.

BARCELONA - Barcelona's plans to sign Philippe Coutinho to fill the void left by the departure of Neymar appear to be dead in the water after Liverpool released a statement on Friday announcing they will not sell the Brazilian playmaker at any cost.

"We wish to offer clarity as regards our position on a possible transfer of Philippe Coutinho," said a statement from owners Fenway Sports Group on the Merseyside club's official website (www.liverpoolfc.com).

"The club's definitive stance is that no offers for Philippe will be considered and he will remain a member of Liverpool Football Club when the summer window closes."

It is the first time Liverpool's owners have commented on Barcelona's proposed bid for Coutinho, after coach Jurgen Klopp repeatedly insisted the Brazilian was not for sale.

"There is no price limit to let him go or a price that we are ready to give in," the German coach said on Thursday.

"Our goal is to have the best possible team. So we want to keep our guys and add new ones. That is our plan. Liverpool is not a club that has to sell players. That is set in stone. So what they pay in the end doesn't matter."

The news is the latest blow for Barcelona in their plans to rebuild their squad after Neymar's move to Paris St Germain for 222-million euros (R3.4-billion) debilitated their attack.

Barca have also attempted to lure French forward Ousmane Dembele to the club from Borussia Dortmund but had their bid, reported by German media to be around 100 million euros, rejected by the Bundesliga side.

The Catalans, who only managed to win the King's Cup last season in a disappointing campaign, face Liga champions Real Madrid on Sunday in the first leg of the Spanish Super Cup.