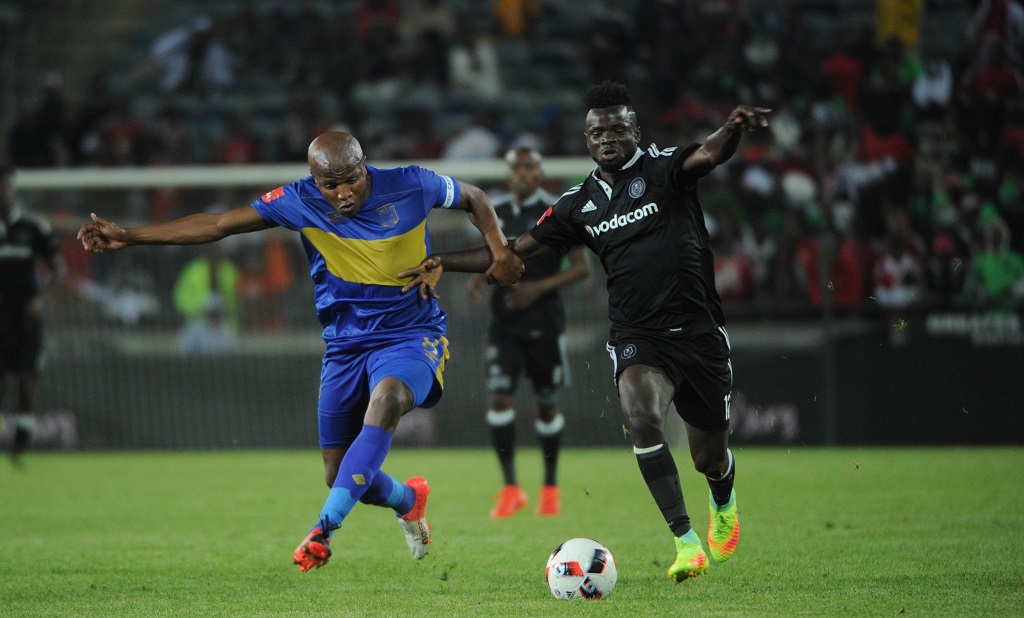 POLOKWANE – A see-saw battle at the Peter Mokaba Stadium on Saturday afternoon ended in disappointment for the home team as Cape Town City booked their place in the Telkom Knockout semi-finals with a 4-3 win over Baroka FC.

City took an early two goal lead but Baroka were to fight back, regulation time ending with the game tied at 3-3.

Cape Town City were on the attack right from the start of the game, and took the lead in the seventh minute when Aubrey Ngoma surged through the home defence, passing to Lebogang Manyama who played in Lehlohonolo Majoro for a fairly simple finish.

We've booked our place in the semi-finals of the 2016 Telkom Knockout in a 7 goal thriller#iamCityFC pic.twitter.com/vX4uiIsuq0

Despite their efforts, Baroka failed to find any cohesion in their attacks. At the back the home team were also having problems and they were 2-0 down in the 20th minute when Ngoma’s pin-point cross invited Bongolethu Jayiya to head in from eight-yards out.

Bakgaga keeper Oscarine Masuluke had to be on his toes to stop the Cape side from scoring again when he did well to prevent Roland Putsche’s 30-yard effort from dipping into the top corner.

But as the first half continued, the home side, aided perhaps by two substitutions, began to look more promising when pushing forward. And they had their reward in first half added time when Albert Mothupa’s header from a free kick looped over an indecisive Shu-aib Walters and into goal.

The Limpopo team came out after the break with their tails up and although Majoro had a decent chance for City, Baroka were able to level the score-line on 58 minutes when Jackie Motshwegwa picked out the bottom corner with a brilliant volley from 20-yards out.

The game was now turning into an end-to-end thriller with both sides having several chances before the Cape side scored what they thought was the winner when Given Mashikinya fired in a superb 91st minute free kick.

But the visiting side switched off at the back and it was 3-3 in the 93rd minute after Mzwanele Mahashe smashed a volley into the bottom corner.

After the first half of extra time had seen opportunities for both sides, Geofrey Massa came within a whisker of putting Bakgaga team in front on 108 minutes when his header flew marginally over.

But there was to be a winning goal rather than a penalty shoot-out as a sweeping counter from the Cape side ended with Manyama teeing up for Sibusiso Masina to fire in a sweetly struck 115th minute winner.