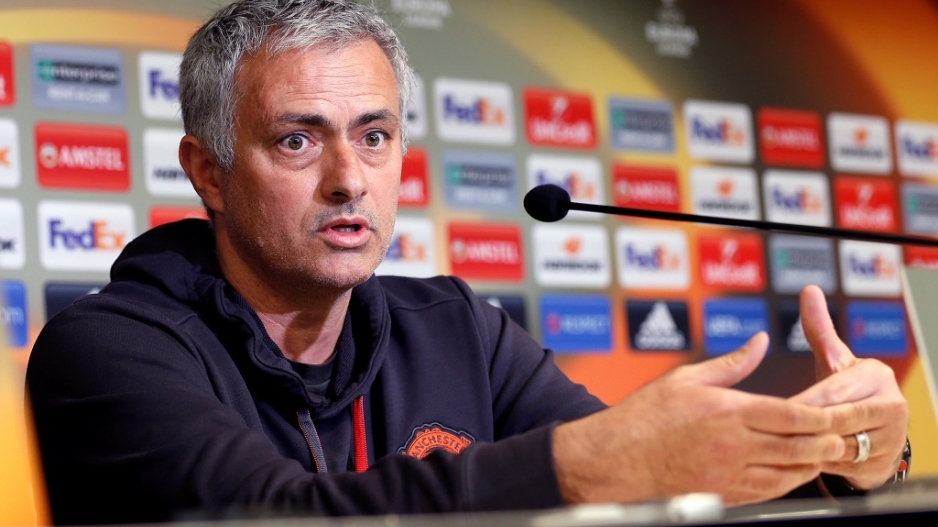 United finish their league campaign against Palace at Old Trafford before facing Ajax in the Europa League final in Stockholm next Wednesday, a game they must win to qualify for next season's Champions League.

With nothing riding on Sunday's game for either United or Palace, who are assured of avoiding relegation, Mourinho believes it should have been moved forward a day.

"In any country in the world, the match would be Saturday because of Sunday, we are sixth, doesn't matter what, and Crystal Palace is safe," the United manager told reporters after Wednesday's 0-0 draw at Southampton.

"So I think after the moment Crystal Palace beat Hull City and Hull City is relegated, and Swansea is safe, I think in that moment, the match has to be Saturday.

"In any country in the world, it would be Saturday. It's going to be Sunday. It's frustrating for me. And I hope you don't kill me when you see my team."

Asked if he had submitted a request for the game to be moved, Mourinho replied: "I don't lose time. When I know that the battle is lost, I don't fight the battle.

"You (journalists) are English, you are here since you were born. I'm here already, four plus three, seven years. I never saw any detail of trying to care about the English teams involved in European competitions.

"So I think it's just a lost battle. We have to accept the way it is."

The United manager has confirmed Sergio Romero will start the Europa League final and the Argentina goalkeeper seized a chance to shine at Southampton, plunging to his right to save a sixth-minute penalty from Manolo Gabbiadini.

Rather than restore his usual number one, David de Gea, to his starting XI against Palace, Mourinho said he would hand a league debut to 20-year-old third-choice goalkeeper Joel Pereira.

"And I hope that Big Sam (Allardyce, the Palace manager) shows he is a good friend and he goes slow. He tells (Wilfried) Zaha to go slow, he leaves (Christian) Benteke at home. I hope he goes soft on us."

Mourinho also said centre-back Eric Bailly, who is suspended for the final, would feature, as well as Paul Pogba, who has been granted compassionate leave following the death of his father last Friday.

Marouane Fellaini came off rubbing the back of his right thigh against Southampton, but Mourinho said the Belgian midfielder was confident he had not torn his hamstring.

The result at St Mary's was United's 15th draw of a frustrating league season and means they are guaranteed to register their lowest number of wins in a campaign since the 1990-91 season.

But United was already guaranteed to finish sixth, while Southampton, who have not scored in four successive top-flight home games for the first time, remain eighth.

Southampton manager Claude Puel refused to discuss his future at the club, which is the subject of speculation.

"I try to stay focused on our last game now," said the Frenchman, whose side finish their campaign at home to Stoke City on Sunday.

"After the season we have time to discuss and speak about this and make a debrief. It's important to focus on our last game."