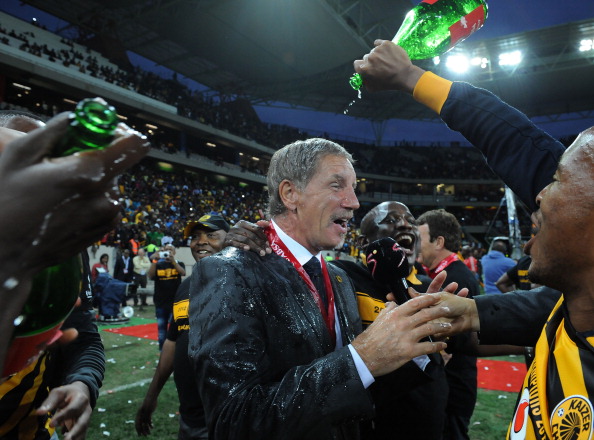 Stuart Baxter of Chiefs gets a shower in champagne during the Absa Premiership match between University of Pretoria and Kaizer Chiefs at Mbombela Stadium on May 18, 2013 in Nelspruit, South Africa.

Here are five coaching facts about the English-born coach:

1. Baxter was announced as Kaizer Chiefs coach in 2012. He won the 2012–13 Premier Soccer League in his first year with the Glamour Boys. Chiefs won the Nedbank cup in the same year. He led Chiefs to their MTN 8 trophy in 2014.

2. The 62-year-old has coached clubs in Sweden, Japan, Norway, Finland and the England under-19 national football team.

3. In June last year, Baxter resigned as Kaizer Chiefs coach and joined Turkish club, Genclerbirligi SK. He didn’t last long after falling out with the club&39;s owner, leaving less than three months after his appointment.

4. Baxter, a Scot, is a former football player, having played for a number of clubs in England, Scotland, Australia, Sweden and in the United States.