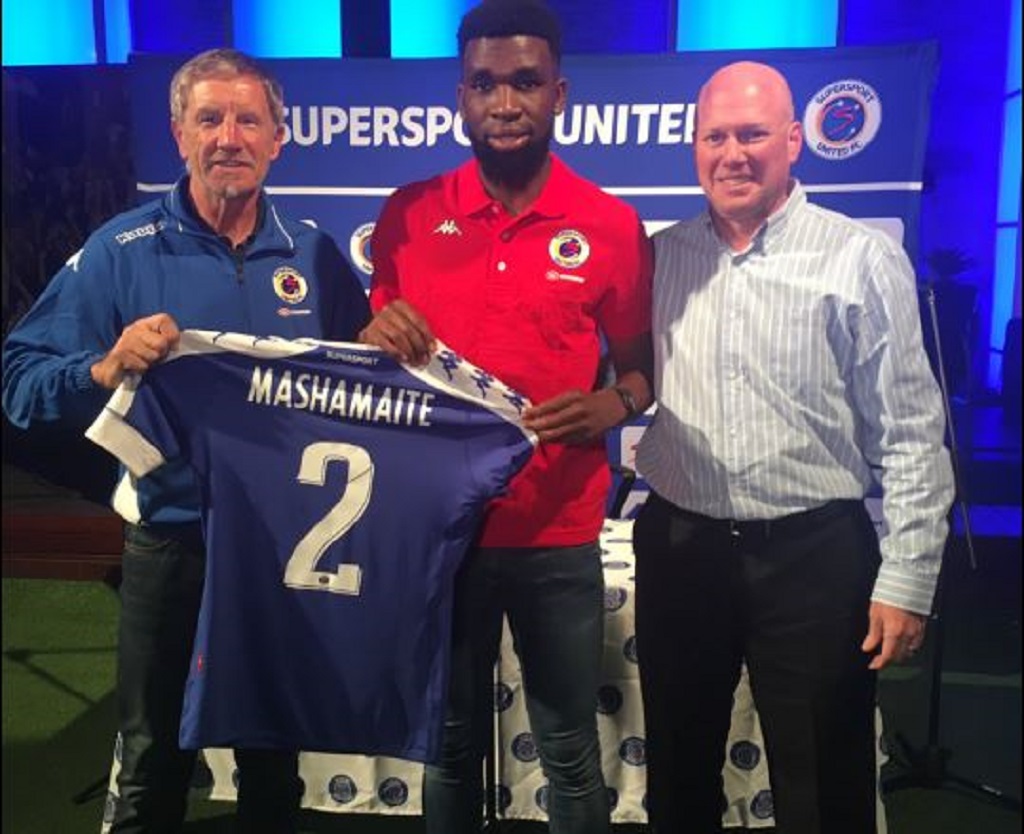 Mashamaite, who was unveiled by United at a media conference, has signed a two-year deal with the Pretoria outfit.

The 2014/15 PSL Footballer of the Player had been plying his trade in Sweden for HK Hacken after he and Chiefs parted ways a year ago.