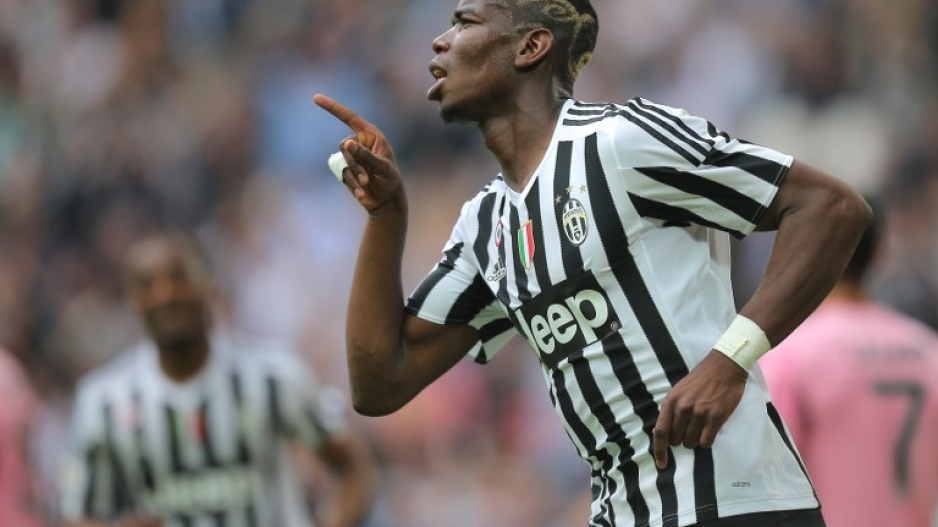 Juventus' midfielder Paul Pogba from France celebrates after scoring during the Italian Serie A football match Juventus vs Palermo on April 17, 2016 at the Juventus stadium in Turin.

PARIS - France has high hopes for an exciting young team going into the European Championship finals on home soil, and no player embodies its essence better than the Juventus star Paul Pogba.

Pogba is a brilliant midfielder and an inspiration to youngsters in a racially diverse France, the son of migrants from Guinea who grew up on a Paris suburban housing estate and left to become a superstar at one of Europe&39;s biggest clubs.

"He is a great player, he&39;s young and people really like him off the field. Young people like him for the way he dresses, his look, his hair. All that means people talk about him, for good or for bad," France coach Didier Deschamps told La Gazzetta dello Sport last year.

Like Deschamps, Michel Platini and David Trezeguet before him, Pogba is flying the French flag at Juventus, but the Italian champions may not be able to keep the 23-year-old much longer with Europe&39;s wealthy giants all hovering.

"Since the start of the year I have received 20 phone calls about him a day but the right offer has not arrived yet," Pogba&39;s agent Mino Raiola said recently.

Barcelona, Real Madrid and Paris Saint-Germain have all been linked with him. L&39;Equipe newspaper said Chelsea tried to tempt Juventus with a 95-million euro offer last year.

The value of Pogba as an asset is widely recognised. Sportswear firm Adidas recently signed him up to a 10-year deal worth a reported four million euros per year.

It has been a remarkable rise for a player who initially started having kickabouts with his elder twin brothers, Florentin and Matthias, in the neighbourhood of La Renardiere.

"I told him he was wasting his time with the kids of his age. He played with us and that is what shaped his character.

"It was tough. Sometimes he would go off crying because we would go in hard and he wasn&39;t at the same level physically."

Guinea international defender Florentin, now 25, is at Saint-Etienne, while Matthias, a forward, plays in Scotland for Partick Thistle.

Little Paul, meanwhile, has risen the furthest after going from Le Havre&39;s youth academy to Manchester United as a 16-year-old in 2009.

He made his Premier League debut in January 2012 but left Old Trafford in the summer of that year for Juve after just seven appearances, having failed to agree on a new contract.

Predictably, Alex Ferguson was not impressed. The Scotsman described the conduct of Pogba and his agent as "disappointing".

"I don&39;t think he showed us any respect at all, to be honest. I&39;m quite happy that if they carry on that way, they&39;re probably better doing it away from us."

It proved to be a good career move, however, with Pogba quickly becoming a regular in Turin. Juventus have just won a fifth straight Italian title.

Pogba also won the Italian Cup last season and played for the Bianconeri as they reached the Champions League final, only to lose to Barcelona.

He was the outstanding player as France won the under-20 World Cup in 2013, having made his full international debut for Les Bleus against Georgia in March that year just days after his 20th birthday.

He has now won 29 caps and will probably line up alongside Blaise Matuidi and Lassana Diarra in the French midfield at the Euros.

Capable of scoring brilliant goals, his style is unorthodox, as L&39;Equipe recently summed up.

"He arouses fascination as much as people demand great things from him. He is not a defensive midfielder nor an attacking midfielder...Often when one sees him play, one feels they have never seen such a phenomenon."

Pogba himself says: "I am not a playmaker. I live for perfection, I learn from my errors. Didier Deschamps has sometimes said to me: &39;Paul, keep it simple.&39;"

Deschamps knows, though, that he has a potential genius on his hands.