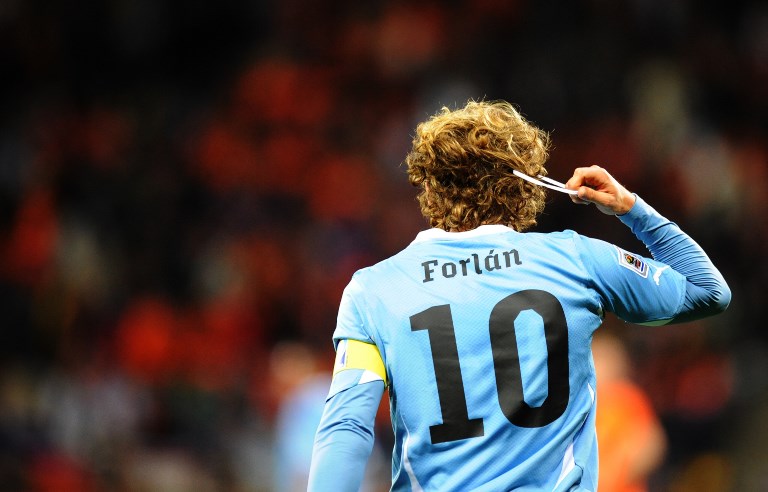 HONG KONG - Former Manchester United striker Diego Forlan said he hasn&39;t lost his passion for football and has no plans to retire as he embraces his latest challenge: firing Hong Kong&39;s Kitchee in the Asian Champions League.

Uruguay&39;s Forlan, now 38, has shone on the sport&39;s biggest stages with Manchester United and Atletico Madrid, and also when he won the golden ball at the 2010 World Cup.

After ending a one-year stay with Inter Milan in 2012, Forlan has played for five clubs, including Mumbai City in the Indian Super League last year.

But Forlan, who has now played for clubs in eight different countries, said he is enjoying a new lease of life with Kitchee, where he is regularly finding the net.

Forlan isn&39;t the only footballer to enjoy a late-career flourish in Asia, whose increasingly wealthy leagues have attracted a steady stream of veteran players.

This week he will return to Japan, where he had an 18-month spell with Cerezo Osaka in 2014-15, as Kitchee face Kashiwa Reysol looking for their first win in the AFC Champions league.

After losing 3-0 at Tianjin Quanjian in China and 6-0 at home to South Korea&39;s Jeonbuk Motors in Group E, Forlan said the debutants "need to improve a lot".

"We know it&39;s a difficult competition, so we hope we can do much better than the way we&39;ve done it in the first two games," he said.

"For the next game it&39;s going to be difficult," added Forlan, ahead of Tuesday&39;s match in Kashiwa, about 50 kilometres from Tokyo. "Every game is difficult for us, we know they have really good teams.

"Going back to Japan is going to be nice, I really enjoyed my time there with family."

Forlan twice topped the La Liga scoring charts in Spain, with Villareal way back in 2004-05 and Atletico Madrid in 2008-09.

He acknowledged that becoming the first Hong Kong club to reach the knockout stages of Asia&39;s premier club competition is going to take a remarkable turnaround.

But Forlan has his sights set on a domestic treble with the reigning Hong Kong champions, who are 11 points clear of Pegasus in the current domestic standings.

"We hope we can win the league. We have a big lead over the second and third team," he said.

"And then to see (if we can win) the FA Cup and also the Sapling (League) Cup, that will be awesome for us."