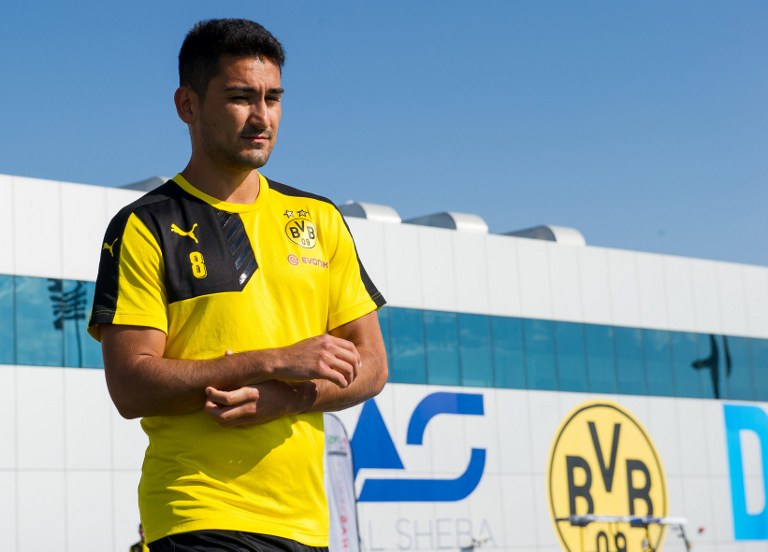 MANCHESTER – Manchester City on Thursday made ?lkay Gundogan the first signing of the Pep Guardiola era and the German midfielder said he wanted to do "great things" with the club.

The 25-year-old moved from Borussia Dortmund on a four-year contract, City announced. Gundogan had refused to extend his deal with Borussia which ends next year.

Gundogan has won 16 caps for Germany, scoring four goals, but is ruled out of the European Championship finals with a knee injury.

"I&39;m thrilled to have signed for Manchester City," Gundogan said on City&39;s official website. "When I learned of City&39;s interest my heart was set on coming here and things have moved very quickly.

"I have loved my time with Borussia Dortmund and I would like to thank the club and the supporters for the five very happy years I spent there.

"They gave me a platform to play on and I became a better player because of the belief, patience and trust they showed in me.

"Now I have a new challenge and that is to achieve great things with City. The opportunity to work with a coach like Pep Guardiola is something I am really looking forward to and I am flattered to be the first signing the club has made this summer."

Guardiola officially takes over from Manuel Pellegrini as City boss on June 30, but reports say he has set out an ambitious shopping list for the transfer window as the club seeks to rebound from its fourth place finish in the Premier League last season.

"I can promise the City fans I will give everything to help us win titles both in England and the Champions League. These are exciting times," Gundogan said.

"I have my best years ahead of me and I think we can achieve great things together. I can&39;t wait to begin this new chapter in my career."

Gundogan was first tipped as a possible City recruit when his agent met with City&39;s director of football Txiki Begiristain in March.

Begiristain said: "Ilkay is an excellent addition to our team and we are delighted to have him on board.

"He is an intelligent and versatile midfielder who can operate in a number of different roles. I think our supporters will enjoy his work ethic and technical ability and I believe he will be a very important player for us in the coming years."

Gundogan&39;s departure is a new blow for Dortmund.

He is the second big name star to leave in 10 days after captain Mats Hummels signed a five-year deal with Bayern Munich on May 23.

Henrikh Mkhitaryan, who has been linked to Arsenal and Chelsea, is the next star tipped to leave Dortmund. He has rejected signing a contract extension.

Borussia are reportedly close to completing the signing of Bayern&39;s Sebastian Rode and have already bought France Under-21 winger Ousmane Dembele, 18, from Rennes.