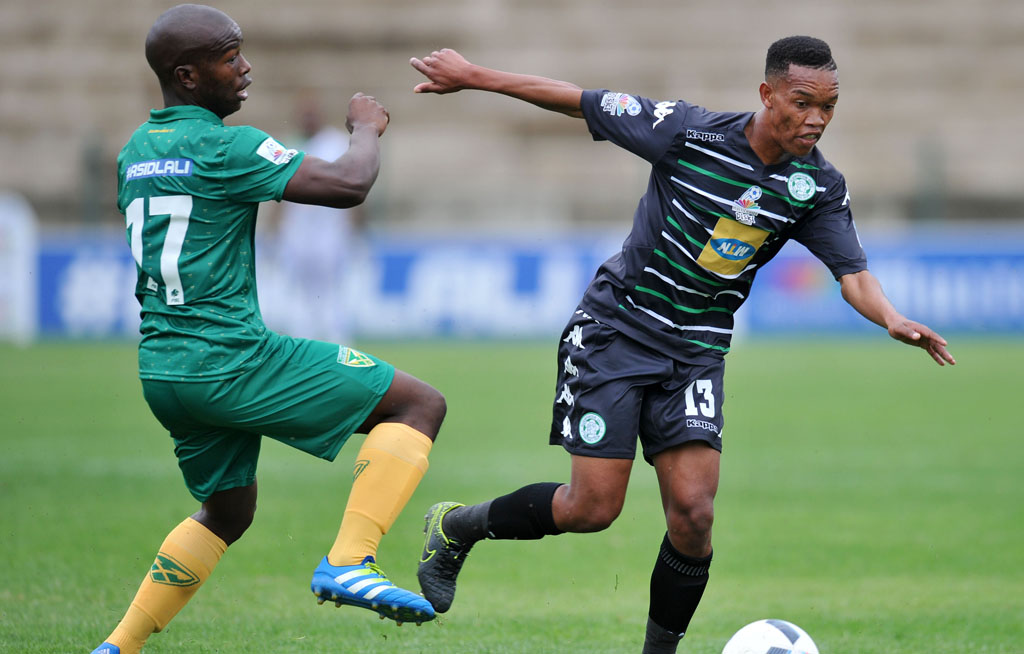 Durban-based Arrows, traditionally a mid-table club, came from behind to win 2-1 at bottom side Bloemfontein Celtic and take a two-point lead four rounds into the season.

Arrows applied pressure in the box, and it pays off as Jooste pushes the ball past Celtics keeper AbsaPrem BringBack3Points

After a sluggish championship start delivered only one point from a possible six, Chiefs overcame Maritzburg United 2-0 in Soweto to achieve a second success within four days.

Pirates&39; top-of-the-table showdown at Wits was postponed over security concerns because the match venue is situated in a campus where students protested this week against higher tuition fees.

Alfred Ndengane scored to break a 230-minute Celtic goal drought since the season started, but Arrows hit back with Wayde Jooste scoring the 77th-minute winner.

Success was particularly satisfying for Arrows coach Clinton Larsen, who has twice been in charge of the Bloemfontein outfit.

Chiefs, among the three most popular and successful football clubs in the republic, failed to lift a trophy last season under new coach Steve Komphela.

And when the Soweto club failed to win any of three matches in all competitions at the start of this season, some supporters demanded the coach be sacked.

But the handler must hope that a midweek win at promoted Highlands Park followed by a further three points against Maritzburg will ease the pressure.

Komphela was among the first post-isolation South African footballers to play abroad and his talents extended to hosting a Turkish-language TV show while playing in the country.

Lorenzo Gordinho nodded Chiefs in front off a corner and a William Twala shot gave Namibia goalkeeper Virgil Vries no chance on the stroke of half-time.

Concerns that students, some of whom clashed violently with police and security guards last week, might protest during the Wits-Pirates match led to the postponement.

"Following consultations with the police we decided to call off the game for security and safety reasons," a league spokesman said.

The sold-out fixture was scheduled to be broadcast live and had been eagerly anticipated with both clubs taking seven points from their opening three games.

The former Cameroon coach oversaw a draw and two losses and a club spokesman said "he had lost the dressing room".