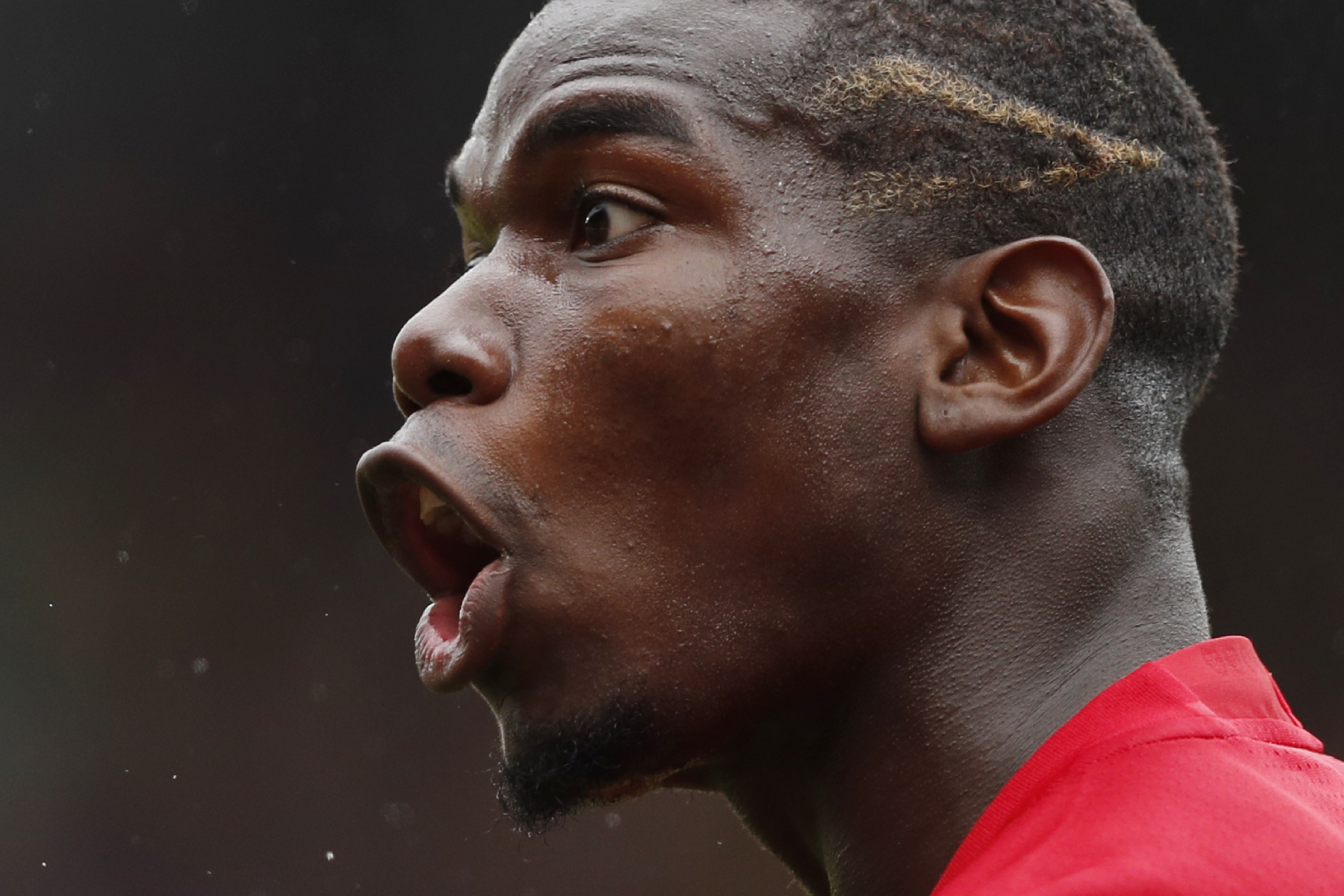 Manchester United's French midfielder Paul Pogba shouts at the linesman during the English Premier League football match between Watford and Manchester United at Vicarage Road Stadium in Watford, north of London on September 18, 2016.

LONDON - Paul Pogba will miss Manchester United's game at Southampton on Wednesday after being granted compassionate leave following the death of his father, manager Jose Mourinho has revealed.

"I don't think (he will be available)," Mourinho said, in comments published on the United website on Tuesday. "I think that his dad's funeral has to be between Tuesday and Wednesday in France.

"I don't think that Paul has the conditions to play. We have left him completely free to be back when he thinks he's ready."

Pogba's father, Fassou Antoine, passed away last Friday following a long-term illness. Pogba was left out of the squad for United's 2-1 defeat at Tottenham Hotspur on Sunday.

After visiting Southampton, United finish the Premier League season at home to Crystal Palace on Sunday before tackling Ajax in the Europa League final in Stockholm on May 24.

Mourinho has repeatedly complained about the difficulty of juggling his resources and made sweeping changes to his team for the defeat at Spurs and the 2-0 loss at Arsenal that preceded it.

Fond memories of our last game against the Saints! -- pic.twitter.com/IkPRhchiAz

He joked it would have been even worse had referee Michael Oliver not sent off Ander Herrera in March's FA Cup quarter-final at Chelsea -- an incident he blamed for United's 1-0 defeat.

"The accumulation of the games, I never had that," said Mourinho.

"You know that in all of my career I was never (knocked) out of European competitions in the group phases and in the last 16 I was out only once. So I reached the semi-finals 10 times.

"I go always until the end of the competitions. In the League Cup I normally go far. In the domestic competitions, cups, I won in Spain, in Italy, in Portugal, so I normally have a lot of matches.

"But like this I never have. This situation of you play a final and the game that you should play that day is going to be postponed until the last week! This is crazy.

"And I repeat the same -- thank you Michael Oliver, because we were out in the FA Cup. Because if we go to the FA Cup semi-finals, it would be a total disaster. I don't know when we would be playing that game."

He added: "And on top of that, the accumulation of big injuries -- not small, not the injuries that you say 'OK, hamstring, two weeks' -- no, it's surgery, boom, boom.

"One knee, another knee. Another foot. Just big surgeries.

Mourinho said the fixture congestion meant he is having to adopt an "a la carte" approach to his players' schedules.

READ: Bailly off as Man Utd squeeze into Europa final

"Sometimes you need a day off and they don't know what a day off is," he said.

"So this is a period in one week when I have to give one day off and now I give a day off to (Antonio) Valencia (against Tottenham). It has to be.

Having missed out on a top-four place in the league, United must beat Ajax to qualify for next season's Champions League.

But Mourinho said defender Timothy Fosu-Mensah might overcome a shoulder injury in time for the Europa League final.

He also said he expects to pick Sergio Romero, United's Europa League goalkeeper, in one of their last two league games.