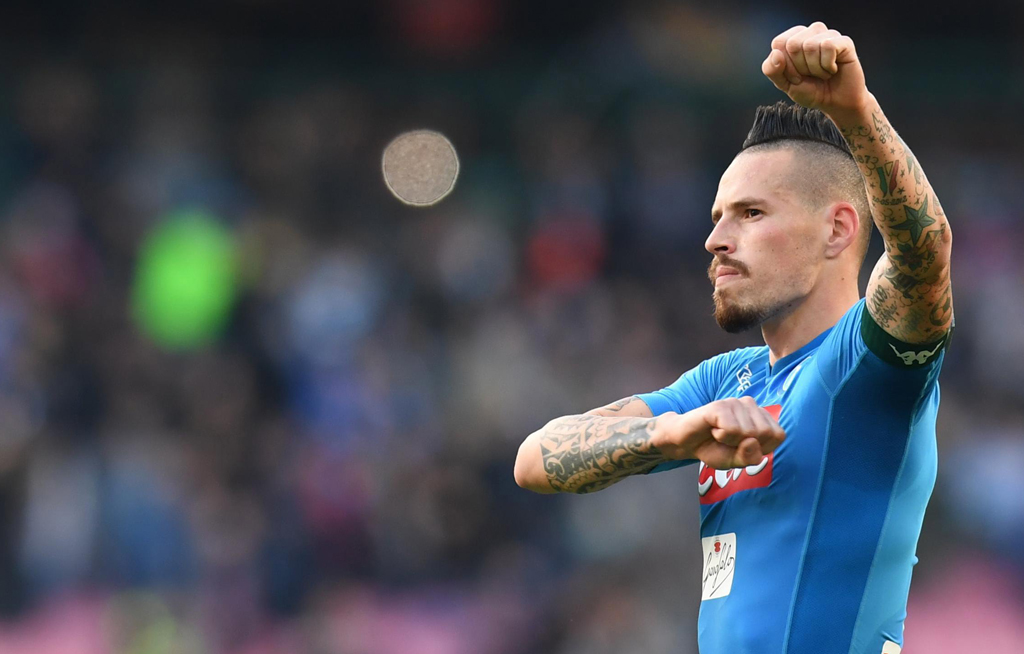 The 30-year-old Slovakian attacking midfielder has been at Napoli for 10 years and set the new mark just before the break in the Serie A leader&39;s game against Sampdoria.

Hamsik picked up a Dries Mertens cross to give his side a 3-2 advantage heading into the second half at their San Paolo stadium.

Hamsik joined Napoli in 2007 as a 20-year-old and is now captain and a stalwart of the side hoping to win their first Scudetto since the days of Argentina legend Maradona.