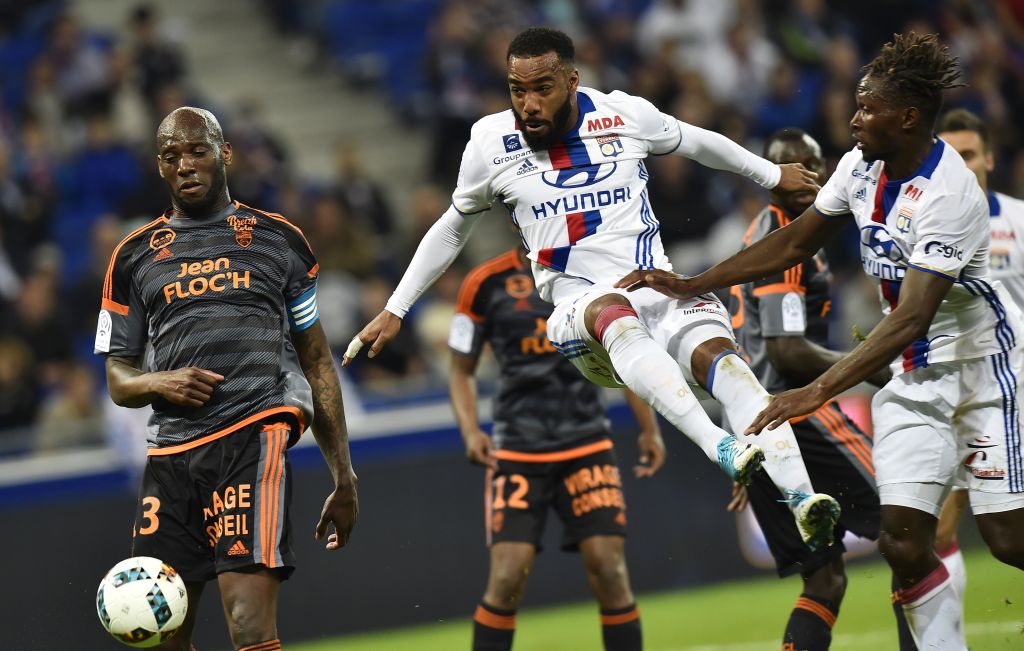 The transfer fee is also a new record sale for the Ligue 1 outfit, worth an initial 53m euros, according to a statement on the Lyon website.

Finally, it’s the news you’ve all been waiting for#LacaNewSigninghttps://t.co/hChokRNpc1

The deal beats the 50m euros that Arsenal paid to bring Mesut Ozil to the Emirates from Real Madrid in 2013, while it sees Lyon break their highest sale for the second time in a month after seeing midfielder Corentin Tolisso move to Bayern Munich for 47.5m euros.

Arsenal said the 26-year-old had signed a "long-term contract", which British media reported to be for five years.

"We are very happy to have Alexandre join our group. He has shown over a number of years that he can score goals and that he is a very efficient finisher," Arsenal manager Arsene Wenger said in a statement.

"As well, he has very interesting technical qualities and a strong character.

"So he is a guy who is a great addition for us, and someone who will help us challenge at the top level this season."

Lacazette will be hoping that the move to Arsenal can help boost his hopes of cementing a place in the France squad ahead of next year's World Cup, having only played one international in the last two years.

The north London club will be expecting Lacazette to add some much-needed firepower up front, after a disappointing fifth-placed finish in the Premier League last term that saw them miss out on the Champions League for the first time in 19 years.

He scored 37 goals in all competitions last season, including 28 in just 30 league games.

Alexandre Lacazette with a Thierry Henry celebration. Hope to see more of this at Arsenal! pic.twitter.com/cT8HNCP1cN

"I want to give 100 percent in every match. I want to show I'm worthy of the shirt. I want to do everything I can to make sure we win titles," Lacazette told Arsenal's website.

"There are quite a few French players here, which makes it easier to settle in. In my opinion, Arsenal is also the club that plays the best football in England so I really wanted to come here."

Lacazette, who has made 11 international appearances for France, last season became the first player to score 20 goals or more in three successive French top-flight seasons since Jean-Pierre Papin in 1992.

"I am very pleased with the success of Alexandre, who, besides being one of Olympique Lyon's best-ever strikers, is a charming player who I became very close to," said Lyon president Jean-Michel Aulas in his club's statement.

Meanwhile, the signing puts the Arsenal future of Olivier Giroud in doubt.

The former Montpellier front-man is currently above Lacazette in France coach Didier Deschamps' pecking order, but he could now struggle to find a place in Wenger's Gunners starting XI under pressure from his compatriot.

Giroud has been linked with possible moves to both Everton and West Ham United.

But Arsenal supporters will be delighted to see Wenger spending big, as they look to mount a serious challenge on a first league title since 'the Invincibles' lifted the Premier League trophy in 2004.