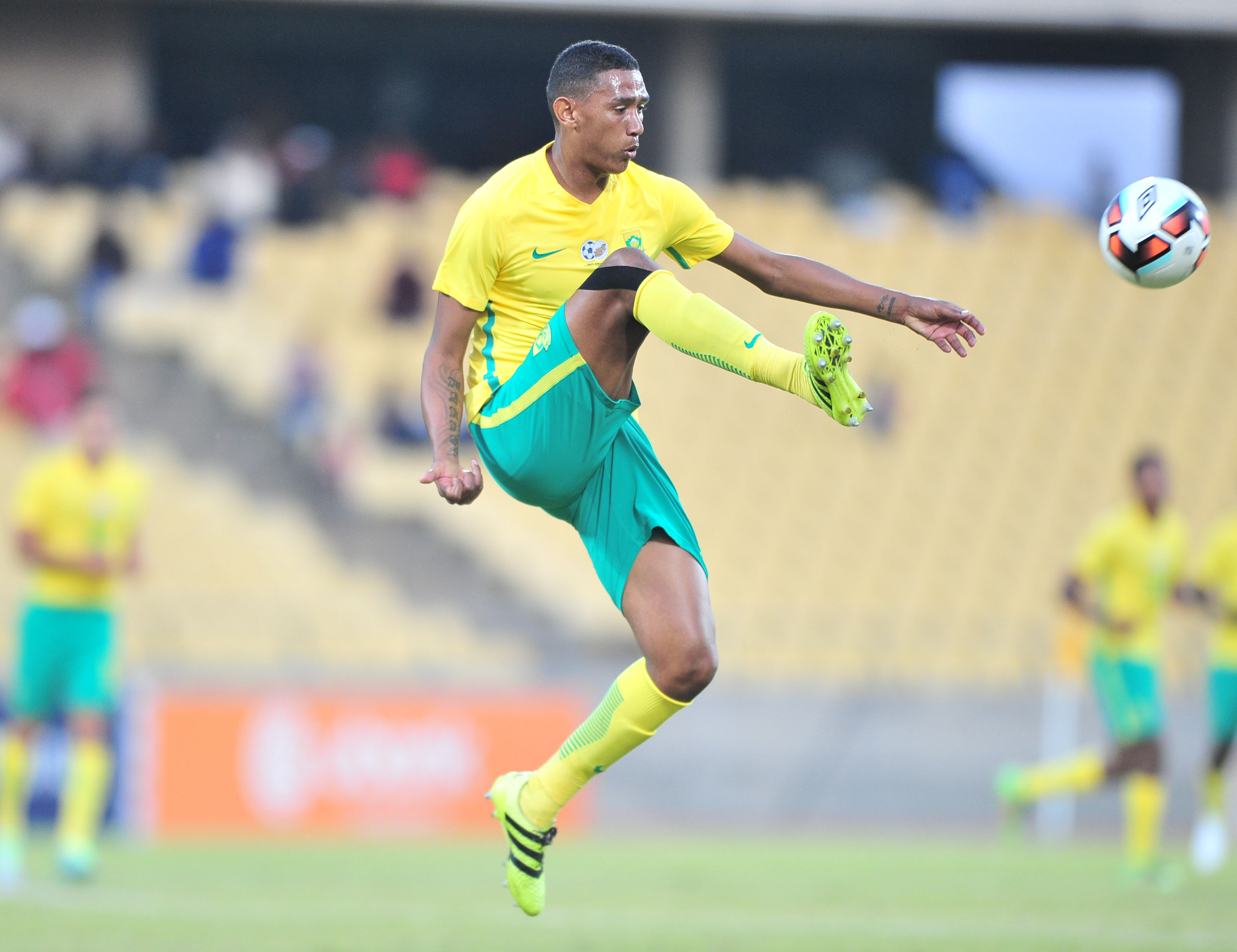 Mario Booysen of South African during 2017 Cosafa Castle Cup match between South Africa and Tanzania at Royal Bafokeng Stadium in Rustenburg on 02 July 2017.

JOHANNESBURG - Bafana Bafana and Zambia played to a 2-2 draw in a African Nations Championship (CHAN) first leg, third round qualifier match, played at the Buffalo City Stadium in East London in the Eastern Cape, on Saturday afternoon.

Zambia scored the all-important equaliser in the final seconds of the match.

Justin Shonga’s superb volley from a long throw-in, saw him power the ball to the left of Bafana goalkeeper Bruce Bvuma, to break the heart of the South African side, who looked comfortable on a 2-0 lead at one stage.

The goal came just after Bafana were reduced to 10 men when defender Tercious Malepe was sent off for a body check block on a Zambian opponent, which resulted in the SA player receiving his second yellow card of the match.

Bafana coach Stuart Baxter spent a large part of the week attempting to assemble his team after several PSL clubs called their players back from the national camp to focus on club commitments, but the SA youth brigade didn’t let their coach down, after they settled their nerves early on.

READ: Jordaan says these are exciting times for SA football

Zambia, coached by former Kaizer Chiefs and Hellenic striker Wedson Nyrienda could easily have gone ahead as early as the sixth minute, when the SA defence seemed to have the early-match jitters and it was left to Bvuma to close the shot angle of Ernest Mbewe, forcing the Zambian to shoot over the crossbar from close range.

The hosts took the lead in the 31st minute. Zambian goalkeeper Toaster Nsabata should have made a standard catch from a corner kick, but he misjudged the high cross and the ball fell onto the head of striker Gift Motupa, who then tapped the ball home. The hard-running Motupa and Dumisani Zuma were thorns in the flesh of the visitors for most of the match and at 1-0 up at half-time, SA gave the Zambians much to think about during the interval.

Bafana stunned the Zambians by doubling their score six minutes after the break, when captain Mario Booysen latched on to a corner kick taken from the left by Zuma, and saw his left-footed first attempt from close range bundled off the goal-line by the visitors defence, before scoring with his second effort.

To their credit, the Zambians never gave up and their perseverance was rewarded as they scored an-all important away goal, when substitute striker Martin Phiri of Power Dynamos club, caught the Bafana Bafana defence ball-watching and headed home in the 59th minute.

Based on the frenetic week that he had in assembling a team of quality, coach Baxter will know that his team has its work cut out for them as they prepare for the return leg fixture to be played in Zambia on 19 August.

The winner based on the aggregate score over the two matches, advances to the CHAN 2018 Tournament to be held in Kenya from 11 January to 2 February.