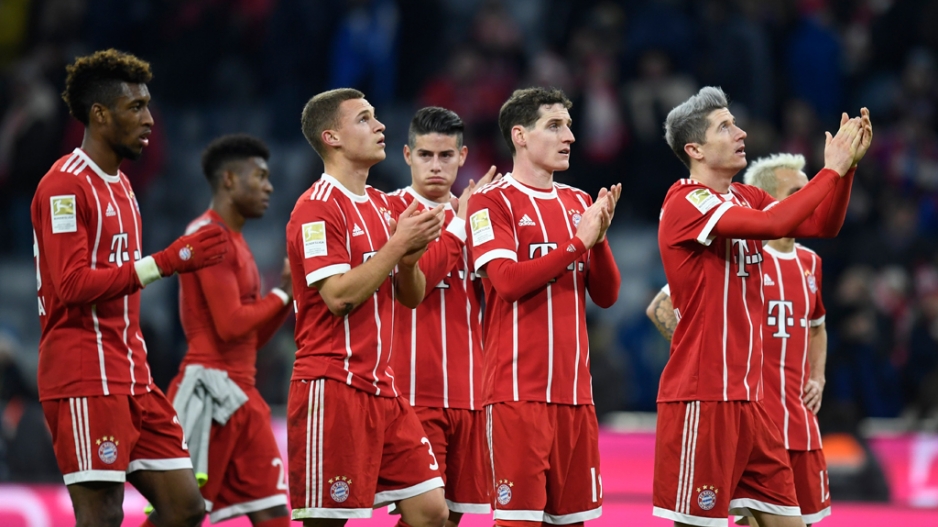 The Poland hot-shot has failed to score in only four of Bayern&39;s league matches this season and has netted 21 goals in all competitions.

However, Lewandowski came to the rescue as Bayern struggled for ideas against a Cologne team hit by injury.

"You can&39;t attack against every opponent like we did in the second half -- we have to do more."

With an hour gone at the sold-out Allianz Arena in front of 75,000, Bayern broke the deadlock when Mueller flicked the ball with the back of his head into Lewandowski&39;s path to tap home.

Bayern have won 13 of their 14 games since Jupp Heynckes replaced Carlo Ancelotti as coach at the start of October.

In contrast, Cologne are waiting for their first league win of the season.

Their club bosses are already planning for life in the second division with the team now 13 points from safety.

In Gelsenkirchen, Schalke went second despite throwing away a two-goal lead in their thrilling 3-2 win at home to Augsburg.

Argentinian striker Franco di Santo gave them the lead with a deft backheel on 44 minutes, then Austria striker Guido Burgstaller made it 2-0 just after the break.

A header by Brazilian midfielder Caiuby and a Michael Gregoritsch penalty pulled it back to 2-2 on 79 minutes before Daniel Caligiuri converted the winning penalty for Schalke seven minutes from time.

The 31-year-old Ivory Coast striker headed home on 18 minutes, then got on the end of a free-kick a minute before the break to make it 2-0.

Earlier, striker Mark Uth fired Hoffenheim up to fifth as the hosts left it late in their 1-0 victory at home to VfB Stuttgart.

The 25-year-old Uth tapped home on 81 minutes after good work by Czech right-back Pavel Kaderabek, who reacted quickest after Stuttgart defender Benjamin Pavard&39;s attempted clearance came back off the post.