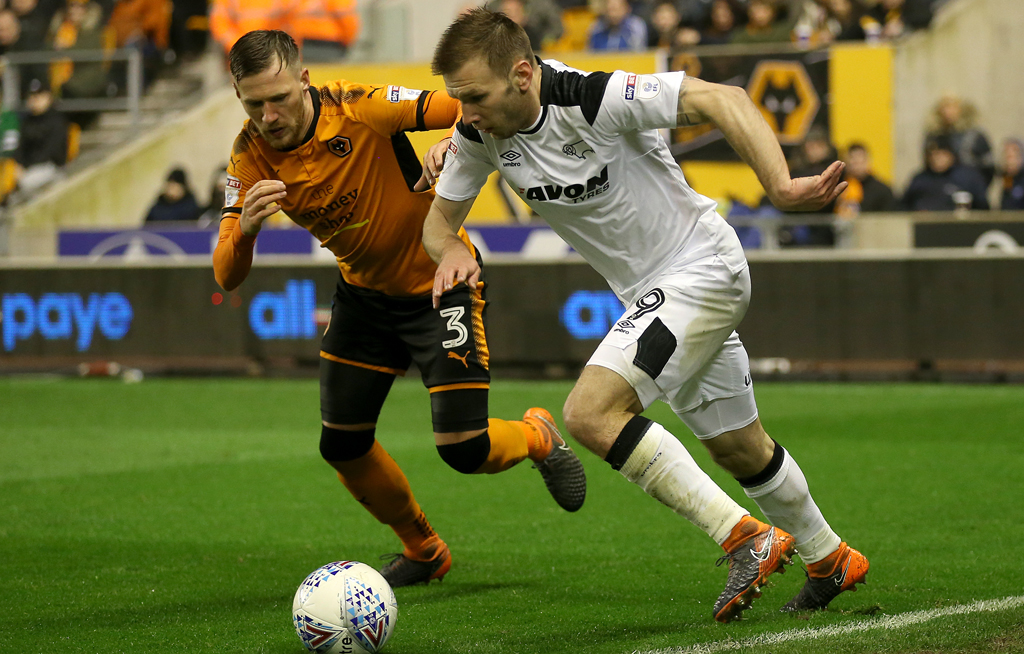 LONDON - Ruben Neves&39;s 30-yard wonder-strike was the highlight of Wolverhampton Wanderers&39; 2-0 win at home to Derby County on Wednesday, a result that left the Championship leaders on the cusp of promotion to the Premier League.

Wolves now need just two more points to assure themselves of a return to the lucrative English top flight -- something they will achieve if they beat Midlands rivals Birmingham City on Sunday.

But if other results go their way, Wolves could have their promotion confirmed, and a six-year absence from England&39;s top division ended, before they next kick a ball in anger at their Molineux ground.

Defeat left Derby fifth and in the play-off places, with only the top two teams at the end of the regular season guaranteed a Premier League place next term.

Diogo Jota opened the scoring at a rainswept Molineux as early as the sixth minute.

Wolves&39; top-scorer this season struck his 16th goal of the campaign after turning and shooting past Derby keeper Scott Carson following a superb 40-yard through ball from Willy Boly.

Neves doubled Wolves&39;s lead six minutes after half-time with a stunning volley from 30 yards that flew past the outstretched right hand of former England keeper Carson and into the top corner.

Derby cleared a corner and the ball came to Neves, who deliberately flicked the ball up and then let fly with a dipping volley -- his sixth goal from outside the area this season.

"It&39;s not done, we have four games to go and we need to do well to achieve our goals. It was a good goal."

Wolves captain Conor Coady, reflecting on Neves&39;s goal, added: "He does it every day in training, it&39;s ridiculous. He talks about the team but he&39;s the incredible one. He&39;s a pleasure to have, he really is. He&39;s a little magician.

It was the second time in as many matches that Neves had scored from long range after his 25-yard curling free-kick secured a 1-0 win over promotion rivals Cardiff City last week -- a game where Wolves survived two stoppage-time penalties to cling onto victory.