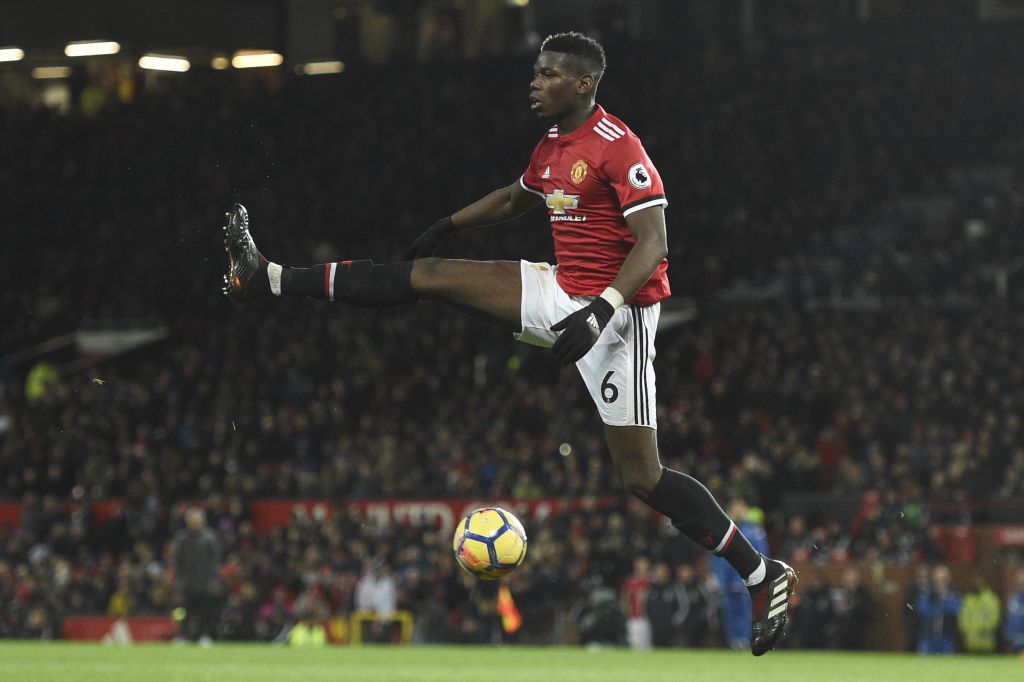 MANCHESTER - Manchester United took time off from their pursuit of Arsenal forward Alexis Sanchez to coast to a comfortable 3-0 victory against Stoke at Old Trafford on Monday.

Antonio Valencia and Anthony Martial in the first half, and Romelu Lukaku after the break, were on the scoresheet as Jose Mourinho finally beat struggling Stoke as United manager at the fourth time of asking.

"Obviously we see Manchester City in front of us and they lost," United&39;s Paul Pogba told Sky Sports.

"They are first so we always want to catch them, so it was good that they lost, so for us we have to think about ourselves.

"It&39;s good that they lose points but we have to go back to winning because we want to catch them again."

"We just want to catch City. We just have to focus on ourselves, keep winning and I think we will be OK."

United believe they have won the battle for the £35 million-rated Sanchez, who is out of contract with Arsenal at the end of the season, especially after City let the Gunners know on Monday that they are no longer interested in Sanchez, given his fee and salary demands.

New Stoke manager Paul Lambert, appointed on the morning of this game, was watching from the stands before officially starting work on Tuesday and must have been unimpressed as United raced into an early lead through Valencia, back in the United line-up after a month out through injury.

The right-back received a pass after good work outside the area from Pogba and darted into the box, running at teenage defender Joshua Tymon, starting just the second league game of his career.

Valencia was given room to advance before firing past the dive of Jack Butland from 16 yards out with a left-foot shot -- something of a collector&39;s item.

Tymon was also at fault for United&39;s second, after 38 minutes, losing the ball to Lukaku before he in turn pulled it back for Pogba.

Teenager Tymon&39;s only other start for Stoke was in the recent 5-0 defeat at Chelsea, part of a depressing run that has now seen the Potters gather just four points from a possible 24 -- a sequence which left the Potters firmly in the relegation zone and cost Lambert&39;s predecessor Mark Hughes his job.

Lukaku piled on the misery in the 72nd minute with some physical play in the area, controlling Martial&39;s pass on his chest, holding off a defender and turning to score from 15 yards.

In between the two first-half goals, Stoke had some moments of hope with injury-plagued Stephen Ireland, starting a league game for the first time in 996 days, coming close twice in quick succession, placing shots wide from no more than 15 yards.

Eric Maxim Choupo-Moting, who scored twice against United earlier this season in a 2-2 draw, also saw a goalbound shot blocked by Phil Jones.

But United were back on top immediately after the restart with Butland needing to race from his line to beat Martial to another expert Pogba pass.

Substitute Marcus Rashford&39;s clever near-post back-heel was kept out well by Butland and Stoke&39;s Mame Biram Diouf might have claimed a late consolation but for equally excellent goalkeeping from David De Gea.