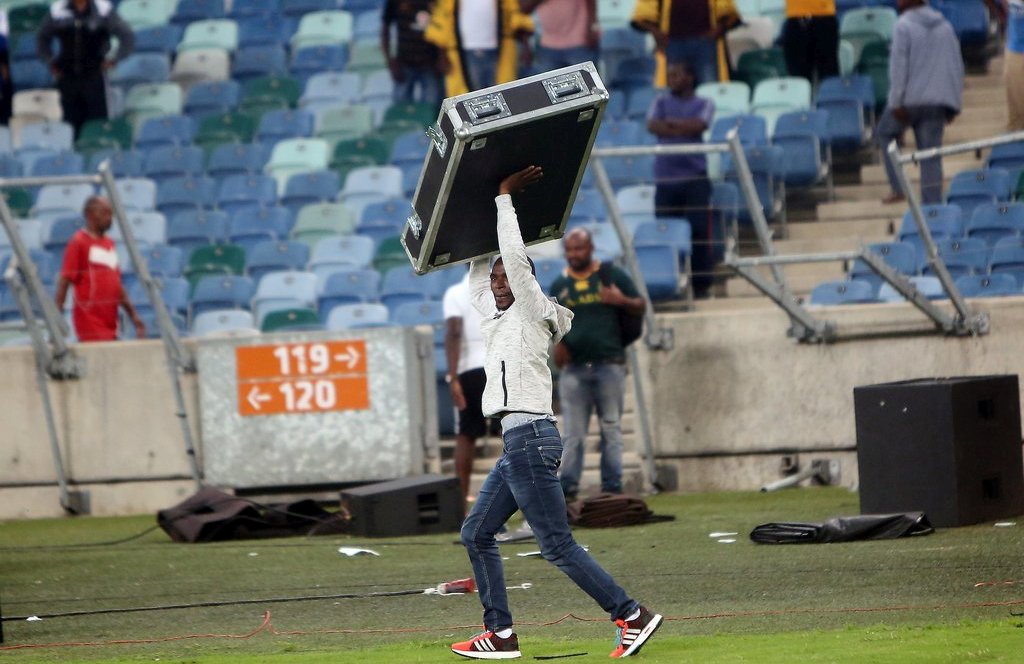 After the final whistle of the Nedbank Cup semi-final between hosts Kaizer Chiefs and Free State Stars, hundreds of fans invaded the pitch and the security officers were unable to cope adequately with the rampaging fans.

Premier Soccer League chairperson Irvin Khoza has condemned the violence and damage to property at the Durban stadium.