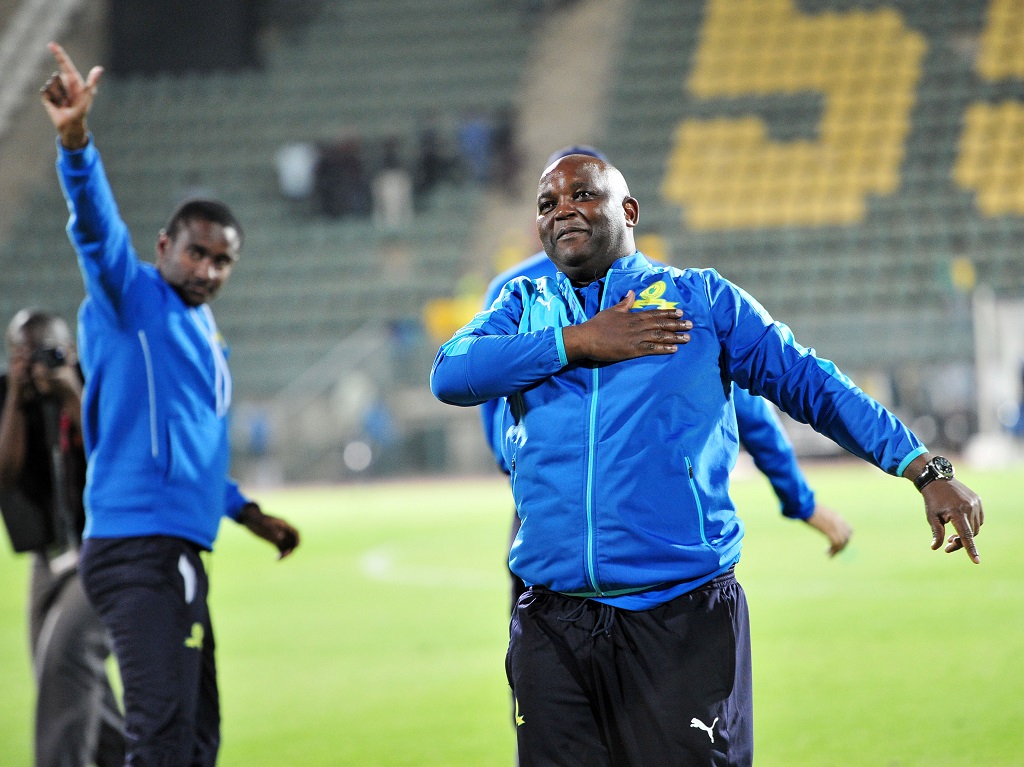 FILE: Pitso Mosimane, coach of Mamelodi Sundowns celebrates a victory during the 2016 CAF Champions League match between Mamelodi Sundowns and Zesco at the Lucas Moripe Stadium in Pretoria, South Africa on September 24, 2016

KAMPALA - Sundowns coach Pitso Mosimane was delighted that his side’s lone goal in their 1-1 draw with hosts Kampala City Council Authority in Uganda on Saturday was enough to put them through to the group stages of the CAF Champions League.

Holders Sundowns qualified 3-2 on aggregate after holding the Ugandan champions, away on Saturday at the Philip Omondi Stadium in Kampala.

The Brazilians through to the next round of the CAF Champions League, keep track of our season here! pic.twitter.com/zsOZYjDDas

“This was a very tough game against a tough team. But I am happy we got the important goal that takes us to the group stage,” said Mosimane.

He said he was happy that his players contained the game well and did what was needed of them to score the important goal.

Substitute Anthony Laffor netted a late goal to ensure Sundowns qualified for the last 16 and remain on course for a successful defence of the crown they won last year.

READ: Sundowns looking to picking up the pieces in domestic competition

The visitors were forced to make a quick change inside 10 minutes after defender Warne Arendse picked an injury before Geoffrey Sserunkuma gave the homers the lead on 30 minutes.

Sserunkuma netted his fourth goal this term with a good finish from a Brian Majwega cross. Sundowns goalkeeper Wayne Sandilands had a touch on the ball, but the powerful shot rested at the back of the net.

The home side continued to contain the game, but failed to get more goals. In the second half, the home side made two changes only for the visitors to get back strongly into the game and increased their attacks at goal.

Laffor made sure Sundowns qualified for the group stage with a hard shot that settled at the roof of the net past KCCA goalkeeper, Benjamin Ochan.

KCCA coach Mike Mutebi said he was disappointed that his players relaxed and failed in the second half. Mutebi’s team will now play in the playoff of the CAF Confederation Cup.

“I am happy that I came on and scored the goal that takes us to the group stage,” said goalscorer Laffor.