Mourinho plays down pressure on Pogba 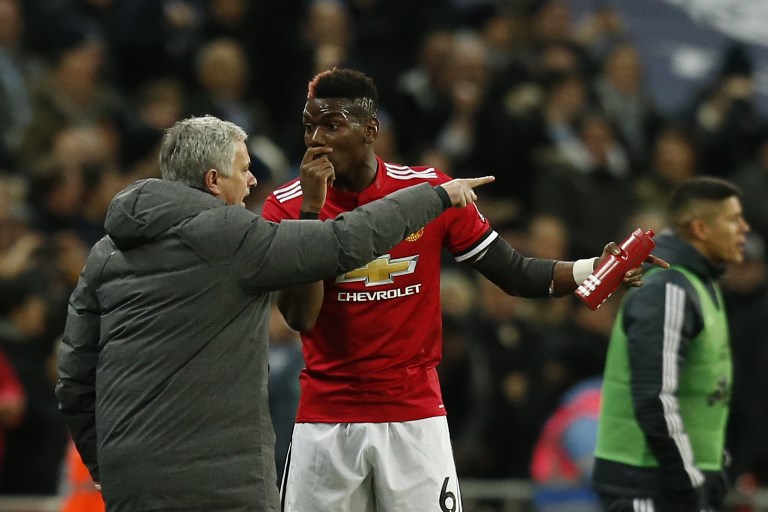 SEVILLE - Jose Mourinho played down suggestions that Paul Pogba needs to use the Champions League knockout stage to justify his huge price tag as Manchester United prepare for Wednesday&39;s clash with Sevilla.

"I dont think it&39;s fair to speak about the responsibilities of a player. When I decide a team to play I don&39;t look to the age, the salary, the transfer fee, because I think that&39;s not also fair," Mourinho told reporters on Tuesday at the Sanchez Pizjuan in Seville, where the sides meet in their last 16, first leg.

Pogba was included in United&39;s squad for the game after missing the 2-0 FA Cup fifth-round win at Huddersfield Town on Saturday through illness, compounding a poor few weeks for the midfielder.

He was hauled off by Mourinho in recent defeats at Tottenham Hotspur and Newcastle United, and dropped for Huddersfield&39;s trip to Old Trafford in the Premier League.

Mourinho has been heavily critical of Pogba&39;s form with debate raging over what his role should be to maximise his potential.

When asked if Pogba would return to the starting line-up against Sevilla, Mourinho said the player&39;s participation at an open training session earlier in the day indicated he was ready.

"When a player is in that competitive situation it&39;s because they are normally ready without problems," he said.

READ: Pogba back in United squad for Sevilla trip

Ander Herrera, Marcus Rashford and Antonio Valencia, who all missed the game at Huddersfield, are also hoping to return.

“I’m really happy to be involved in this tie,” Valencia says. “Seville is a marvellous city and we are absolutely concentrated on tomorrow’s match. I think that we will do a really good job and our fans will leave here really happy." MUFC

Mourinho is returning to Seville, having enjoyed some big victories at the Sanchez Pizjuan during his three years in charge of Real Madrid between 2010 and 2013.

He also won the UEFA Cup in the Andalusian city in 2003, when his Porto side beat Celtic at La Cartuja.

"I have to say that meant a lot because it was my first time playing in Europe and we had a young team," he said.

"If my memory is ok I think I had big victories here against Sevilla but I also lost. But I am not the kind of guy to think that what happened before has any influence.

"I think the two teams are very balanced, but we want to try, go with everything, and we are confident that over two legs we can do it."

After Wednesday&39;s game the sides meet again in the second leg at Old Trafford on March 13.

MUFC are back in @ChampionsLeague action tonight... Let&39;s do this! pic.twitter.com/MhNatpI8W5