No United regrets for Pogba as Barca final looms 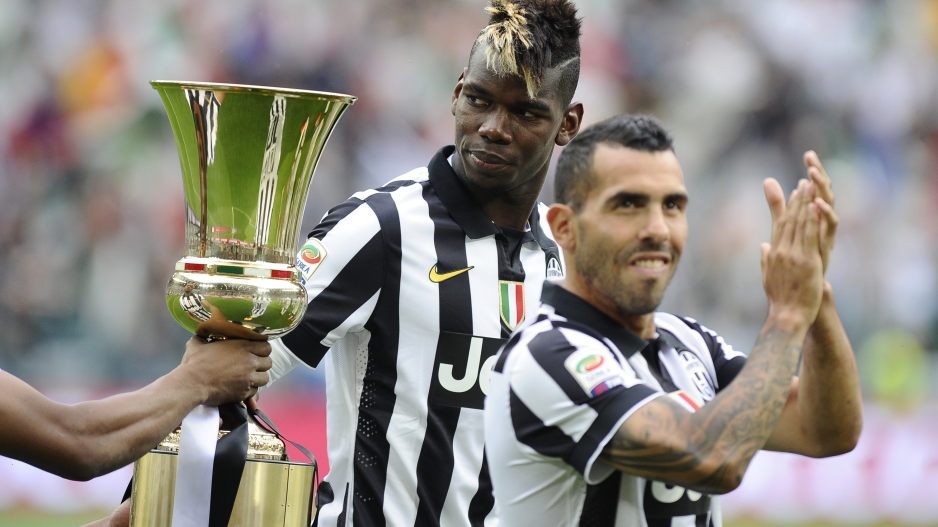 BARCELONA - Frenchman Paul Pogba said he has no regrets about leaving Manchester United and waved away suggestions the Champions League final against Barcelona on Saturday will be his last game in a Juventus shirt.

Pogba joined Juventus on a free transfer in time for the 2012-2013 season having quit United after becoming frustrated at the lack of opportunities with Sir Alex Ferguson&39;s first team.

Since his move to Turin, the 22-year-old French international has blossomed into arguably the world&39;s most highly-rated attacking midfielder, winning three league titles with the Bianconeri and securing the league and Cup double this season in the process.

While United struggled to a fourth place league finish under Louis van Gaal this season, Pogba is preparing for his first Champions League final as Juventus target their first club treble.

Despite doubts over his future, with Real Madrid, Barcelona and, remarkably, United among his reported suitors, Pogba said he has no regrets about quitting Old Trafford.

"Yes for sure, I don&39;t regret (leaving)," he said at a Juventus media Open Day on Monday in Turin. "I&39;m very happy here and enjoying it. I&39;m in the final with Juventus, and not with Manchester (United)."

Asked if this could be his final game with the Italian champions, Pogba replied: "I let people think what they think. It&39;s a final, a huge final for me so I just want to focus on it."

Pogba invited criticism from Juventus coach Massimiliano Allegri for showboating during a 2-2 draw away to Verona in their last league game of the season last weekend.

The Frenchman admitted "nature" had taken over, but said he won&39;t be making the same mistake on against Barcelona.

"Sometimes I let myself go a little bit, but I do it without realising it. I&39;m not showing off, it&39;s just part of my nature," said Pogba.

"I&39;m just playing my football, sometimes it works and sometimes it doesn&39;t. If I play against Barcelona in the final, then there&39;s no doubt I will be totally focused."

Despite their own league and Cup double achievements, Juventus are rated as underdogs against a Barcelona side that has seen Messi (58), Neymar (38) and Luis Suarez (24) score a combined 120 goals this season.

Pogba rates Messi as the "strongest player in the world" and believes simply studying the Spanish league giants&39; tactical game won&39;t be enough for the challenge that lies ahead.

"We all know how Barcelona play. They have one of the best attacking games in world football. You can have as many tactical training sessions you want, but ... you also need aggressiveness, and a bit of luck."

"It&39;s a pleasure to watch Barcelona play, but it will be an even bigger pleasure to see them lose."