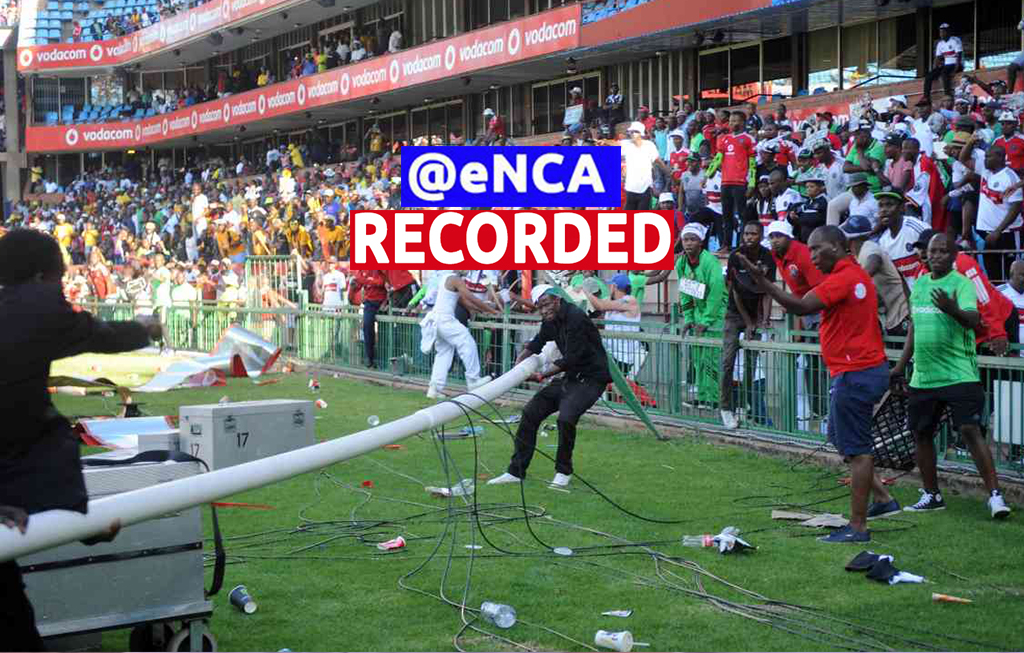 Orlando Pirates is expected to hold a media briefing to address the chaos at the weekend Premier Soccer League between Mamelodi Sundowns and Orlando Pirates. Bucs supporters invaded the pitch after losing 6-0.

Frustrated Bucaneer fans invaded the pitch at Loftus Stadium after Mamelodi Sundowns scored their sixth goal against the Soweto club.

Orlando Pirates held a media briefing on Monday after a weekend match descended into chaos.

Players had to be rushed off the field.

Several people are believed to have been injured.

Monday’s briefing is expected to address that mayhem and the possibility of a new coach.