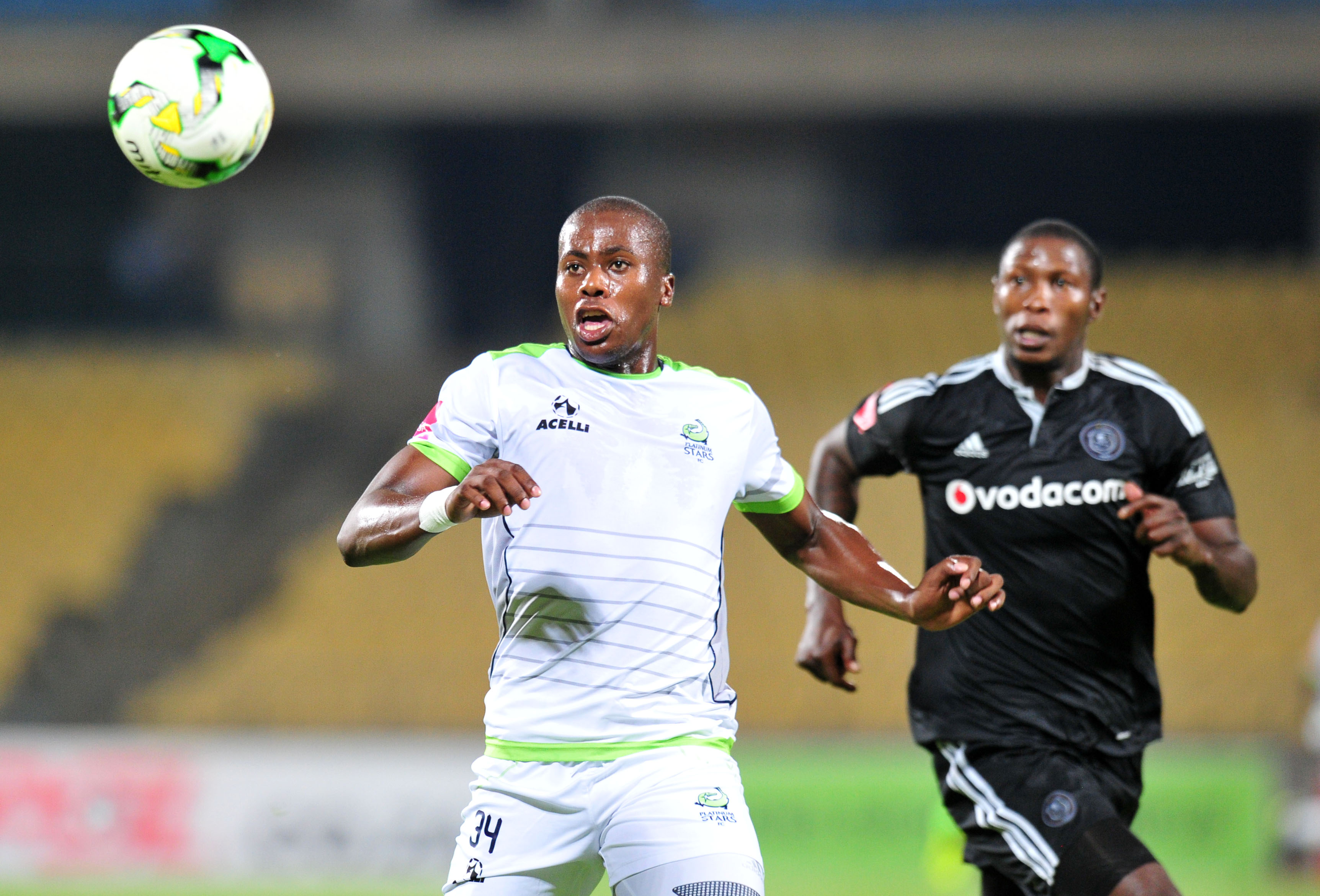 RUSTENBURG - Orlando Pirates and Platinum Stars played to a goal-less draw in their Premiership encounter at the Royal Bafokeng Stadium near Rustenburg on Wednesday evening, with the one-point haul having done more harm than good to the ambitions of both sides.

It's all over at the Royal Bafokeng Stadium. Points shared as the match ends 0-0 pic.twitter.com/UGOLfP63YW

The first half was a stop-start affair with tackles from both sides ending up in free-kicks, but neither side were able to make the set pieces count.

Stars midfielder Solomon Mathe had two decent shots at goal in the first 45 minutes, but could not hit the target. At the other end of the park, Pirates midfielder Mpho Makola fired a free kick wide of target, after Mathe had been called up for a foul on Luvuyo Memela.

In the 54th minute, Stars’ Malawian attacker Gerald Phiri clattered into Pirates goalkeeper Brighton Mhlongo, resulting in the Bucaneers No 1 being carried from the field and replaced by Jackson Mabokgwane.

Stars striker Robert Ng’ambi was a thorn in the flesh for the Pirates defence and narrowly missed out on scoring in the 60th minute, when his shot was tipped over the crossbar by Mabokgwane.

Pirates coach Augusto Palacios will be concerned at the few quality chances that his side was able to make in the second period with the midfield playing in fits and starts throughout the game.

Stars, now on 15 points from 14 matches, are hovering just above the relegation struggle, while Pirates, on 18 points from 14 games, have only managed to pick up three points out of an available 15 in their last five league fixtures.

The Soweto giants also missed out on a trophy in going down in the Telkom Knockout Cup final to Supersport United, which effectively leaves them without a win in their last 6 games. The draw was hardly a confidence booster for Pirates ahead of their next league outing against African Champions Mamelodi Sundowns in Tshwane on Saturday.

The men from Rustenburg will have a break from league action this weekend as they represent the country in the CAF African Confederation tournament against UD Songo of Mozambique.

The match will be played at the Royal Bafokeng Stadium on Saturday.