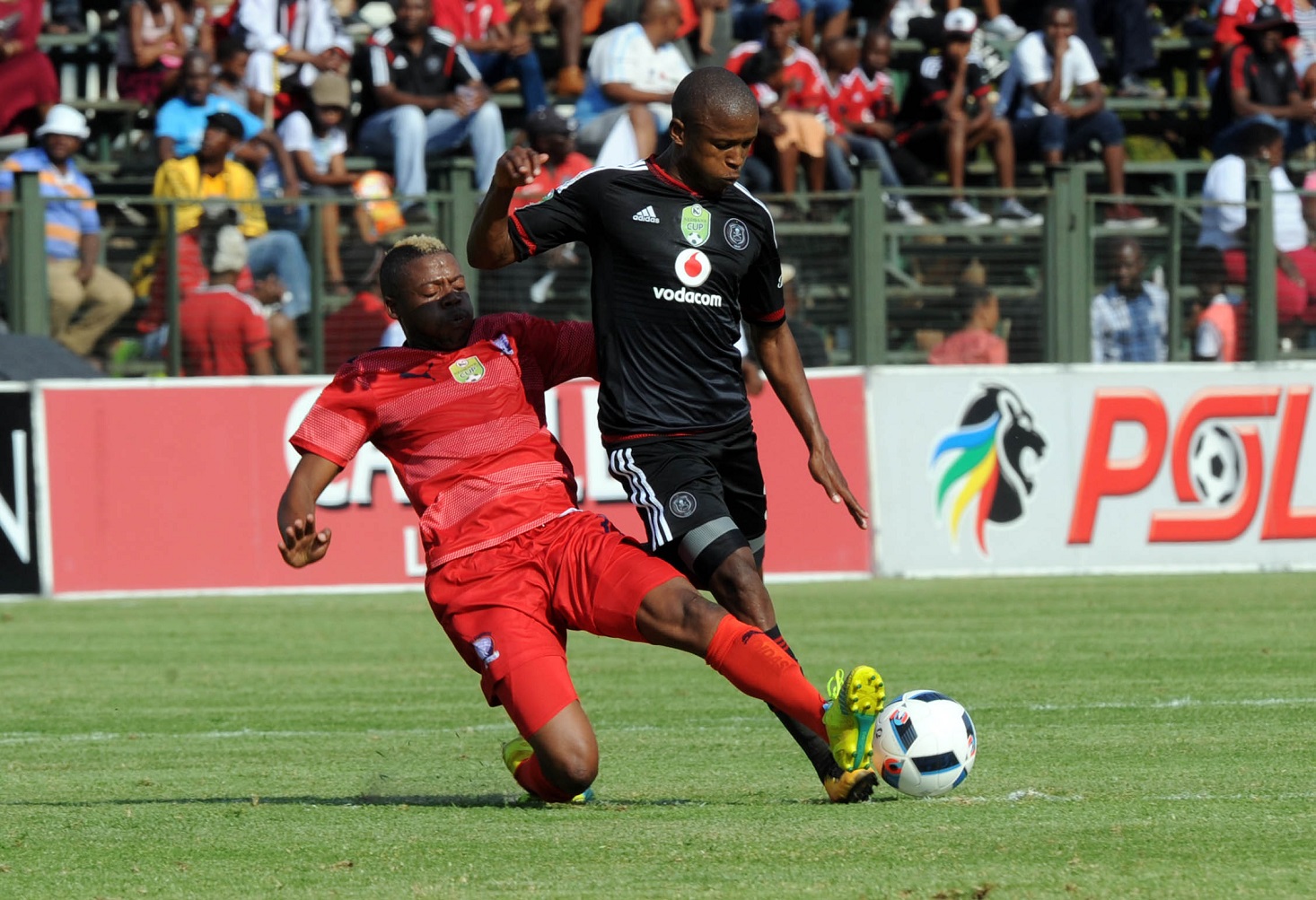 JOHANNESBURG – Orlando Pirates are through to the quarterfinals of the Nedbank Cup after defeating Jomo Cosmos 3-1 in a last 16 fixture at Olen Park on Sunday afternoon.

Cosmos had their moments – but, for the most, Pirates had their measure and the victory was well-deserved.

Pirates were ahead as early as the third minute when Tendai Ndoro flashed a header into the net from close range. Luvuyo Memela should have increased the advantage a few minutes later, but squandered the opportunity.

Cosmos, though, weren’t about to just throw in the towel. They hit back well, with Frederick Nsabiyumva heading a chance wide and Wiseman Maluleke’s attempt saved by Pirates goalkeeper Brighton Mhlongo. With Jomo Sono’s team enjoying a good attacking spell, it was no surprise when they equalised in the 25th minute with a fantastic goal from Charles Mashumba.

Stunned, Pirates had no choice but to force their way back into the game. Ndoro missed an easy chance and Mpho Makola had an effort deflected wide. But, with the Soweto side piling on the pressure, Cosmos cracked and it was left to Memela to head in on the stroke of halftime and make the score 2-1.

47&39; GOAL! Memela heads the Bucs back into the lead, stealing in at the near post to open his account. Excellent setpiece delivery by Makola

And Pirates continued to push on in the second half, which saw Ndoro get his second on the day to give his team a 3-1 lead.

There was a change for Pirates in the 70th minute, with Thabo Qalinge replacing Thabo Rakhale in midfield. Later, coach Eric Tinkler made two more substitutions, Thandani Ntshumayelo coming on for Makola, and goalscorer Ndoro replaced by Lehlohonolo Majoro.

Cosmos tried their best to get back into it, but Mashumba missed a chance to reduce the deficit. The home team tried valiantly towards the end, but the Pirates defence stood firm to ensure the Buccaneers cruised through to the next round of the competition.