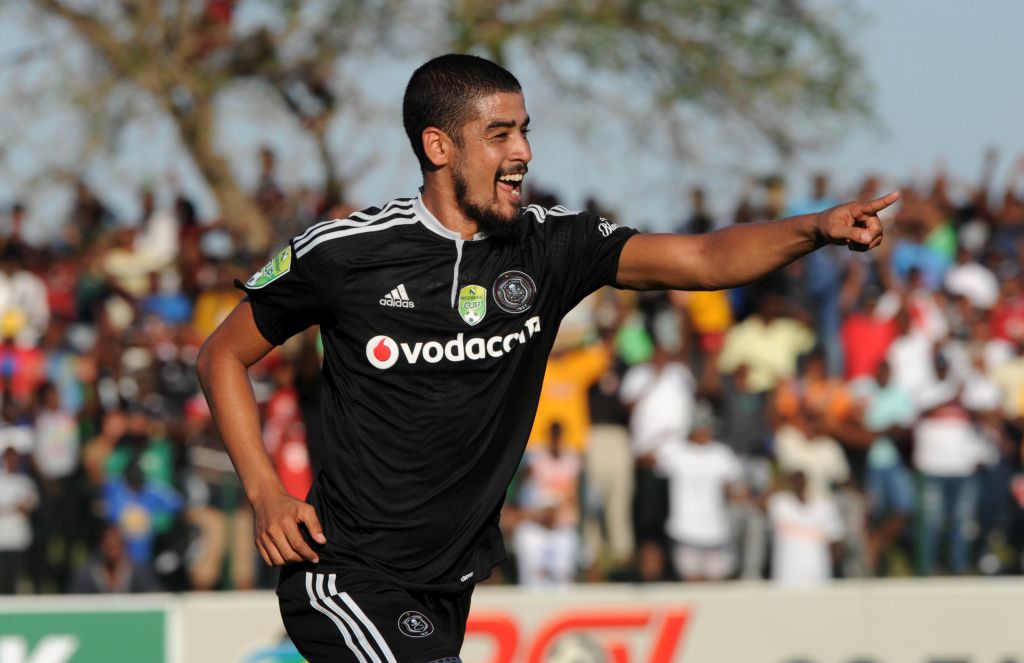 Abbubaker Mobara of Orlando Pirates celebrates his goal during the Nedbank Cup Semi Final match between Golden Arrows and Orlando Pirates on 21 May 2017 at Princess Magogo Stadium.

JOHANNESBURG - Orlando Pirates will be eager to build on their opening day win when they travel to Polokwane to take on Baroka FC in their second 2017-2018 Premiership fixture at the Peter Mokaba Stadium on Tuesday evening.

The Buccaneers earned a narrow 1-0 win over Chippa United in Soweto over the weekend. Thamsanqa Gabuza scored as the home side claimed all three points.

Back for his second stint in charge of Pirates, Milutin Sredojevic was relieved with a positive start, in aftermath of what was a forgettable 2016/2017.

Baroka struggled at home last season, winning just one of their 15 matches as hosts and Sredojevic will want to exploit their poor record.

For a club that just about avoided the drop in the previous campaign, Baroka will have to do much better at home to avoid danger this season.

Baroka opened their season with a goalless stalemate away to Limpopo rivals Polokwane City this past weekend.

Baroka coach Kgoloko Thobejane said: “It was not good for the fans. People came in numbers to support the Limpopo derby, but with 0-0, I don’t think they will accept it.”

Congrats to Abbubaker Mobara on his Bafana Bafana call up for the 2018 FIFA World Cup qualifiers vs Cabo Verde in September #OnceAlways pic.twitter.com/HMHLZVYmdF

Meanwhile, Sredojevic observed about the Buccaneers: “There are things to correct. It’s unacceptable how we struggled with certain aspects of the transition, but we will work for it.”

“It was a good start, I give credit to the players. They need to always respect this badge, the fans, the history.”

“I also want to warn the players, the win (against Chippa) means nothing because we have bigger targets over the next five games.”

READ: Pirates get off to a winning start against Chippa

For Baroka, it remains to see who keeps goal as Namibian Virgil Vries started on the weekend, but Oscarine Masuluke will be keen to demonstrate his range of skills, having scored an outrageous goal last season.

For Pirates, Thamsanqa Gabuza fell behind in the strikers’ pecking order last season, and will be desperate to rise to the occasion this season. Having scored on the opening weekend of the campaign, he will be looking to be on target tonight.

In Abbubaker Mobara, Pirates have found a leader and consistent defender, to give them hope for a more solid defensive effort this season.