Portugal held after Ronaldo penalty miss but qualify for last 16 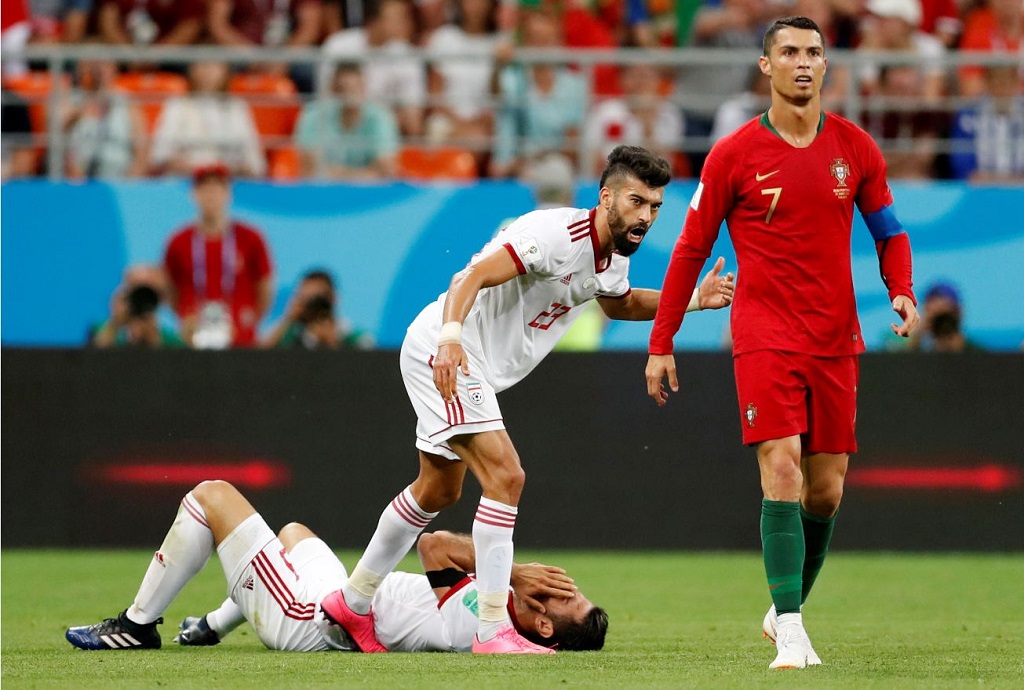 SARANSK - Portugal qualified for the round of 16 at the World Cup despite being held 1-1 by Iran in World Cup Group B on Monday after Cristiano Ronaldo missed a penalty.

POR pegged back late by IRN.
They finish 2nd in Group B.
Next up, URU on Saturday. pic.twitter.com/ugjjoRO66e

The European champions, needing a draw to qualify, went ahead with a stunning Ricardo Quaresma goal in the 45th minute.

Ronaldo had a chance to extend the lead when he won a penalty in the 51st minute but Iran goalkeeper Alireza Beiranvand dived to his left to save his effort from the spot.

Karim Ansarifard equalised with a stoppage-time penalty awarded after a video review.

However, Portugal clung on to finish second in the group with five points behind Spain, who drew 2-2 with Morocco, on goals scored, and will meet Uruguay in the last 16.