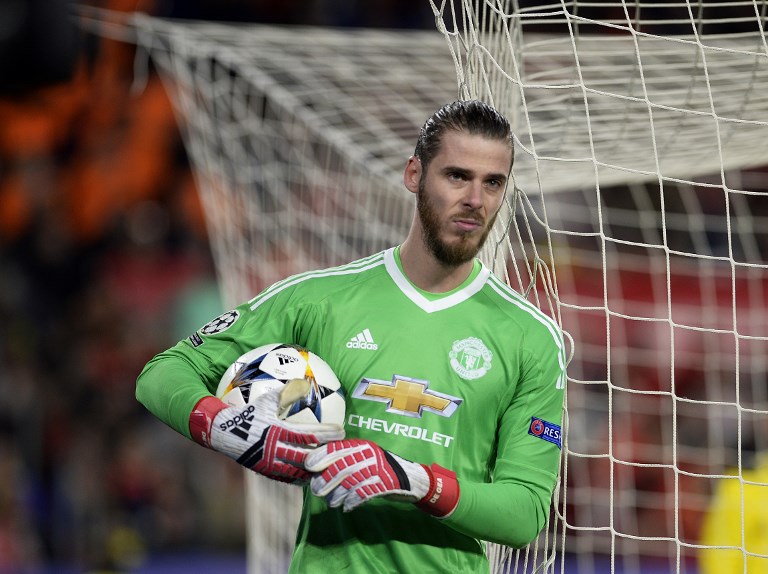 De Gea (27), signed for the Red Devils in 2011 and after a shaky start managed to cure United’s immediate goalkeeper problems after Edwin van de Sar hung up his gloves that very same year.

It was only a matter of time before De Gea, who idolised both legendary United shot stopper Peter Schmeichel and Van de Sar, became a regular between the sticks at Old Trafford and eventually the savior.

Fast forward seven years of awards, records and accolades, De Gea is now recognised as one of the best goalkeepers in the world as well as the next superstar to grab the attention of Spanish giants Real Madrid.

Los Blancos, who almost signed De Gea during the 2015-16 season, are again rumored to be sniffing around the Theatre of Dreams for the Spaniards signature, as Keylor Navas looks set to exit the Santiago Bernabu.

The fast spinning rumour mill has been relentless in recent years regarding Real and United’s tug-o-war over De Gea’s services and now with many Real Madrid players linked to United, the chance of another high profile swap deal seems fairly likely.

File: Real Madrid&39;s Gareth Bale (L) scores against Real Sociedad&39;s Rulli (C) during the match of the fourth day of the Liga Santander between Real Sociedad and Real Madrid, at the Anoeta stadium, in San Sebastian, Spain, 17 September 2017. Credit: Backpagepix

Gareth Bale, Isco, Navas and more recently Toni Kroos have all at some point been liked to moving to Old Trafford.

Paul Pogba, who’s United future has also been rumoured to be in doubt, is another big name linked to Madrid after a supposed &39;falling out&39; with manager Jose Mourinho.

The Frenchman was benched during their UCL encounter with Sevilla, which saw youngster Scott McTominay given the green light to start.

Real Madrid and Manchester United have on more than one occasion been at the centre of attention during a transfer window.

David Beckham, Ruud van Nistelrooy, Gabriel Heinze, Cristiano Ronaldo and Angel Di Maria remain the stand-out deals between both clubs and it would be no surprise if another transfer record is broken in the near future.