Serie A leaders Napoli out of Cup 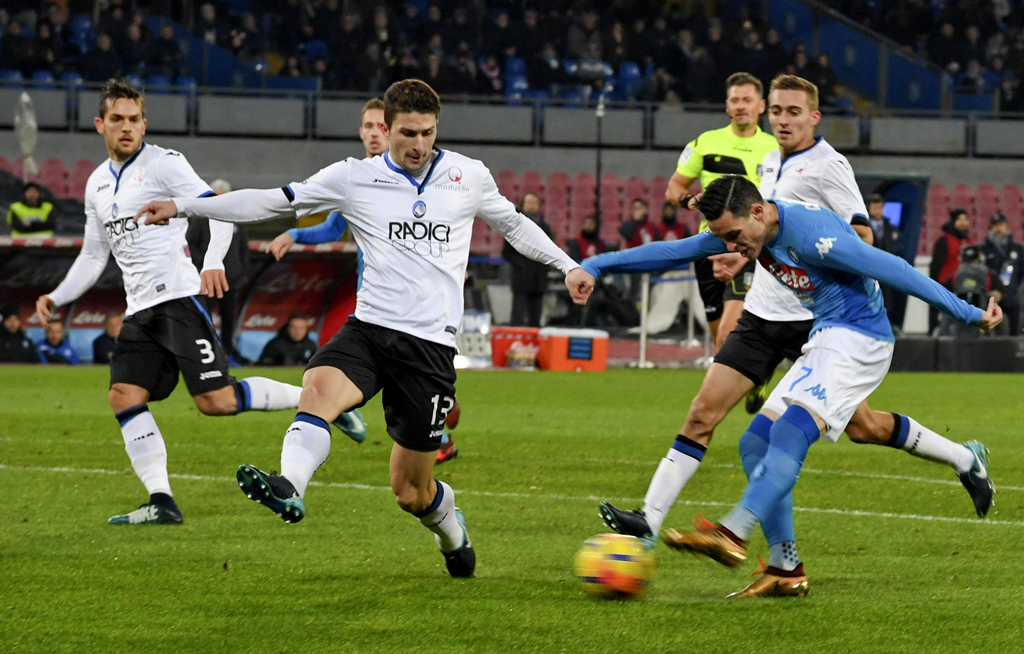 ROME - Serie A leaders Napoli crashed out of the Italian Cup when a weakened side was beaten 2-1 at home by Atalanta in the quarter-finals on Tuesday.

Napoli coach Maurizio Sarri made a host of changes but did select Marek Hamsik, who recently became the club&39;s all-time top scorer, but the Slovak was anonymous and was replaced by Lorenzo Insigne after an hour.

Napoli knocked out of the Coppa Italia by Atalanta

After Timothy Castagne put Atalanta ahead in the 50th minute, Sarri also brought on Dries Mertens but the Belgian international was powerless to stop Alejandro Gomez finishing from close-range to put the visitors 2-0 ahead.

Mertens scored in the 84th minute but Napoli were unable to find an equaliser.

Atalanta will face the winner of Wednesday&39;s match between Juventus and Torino in the semi-finals.