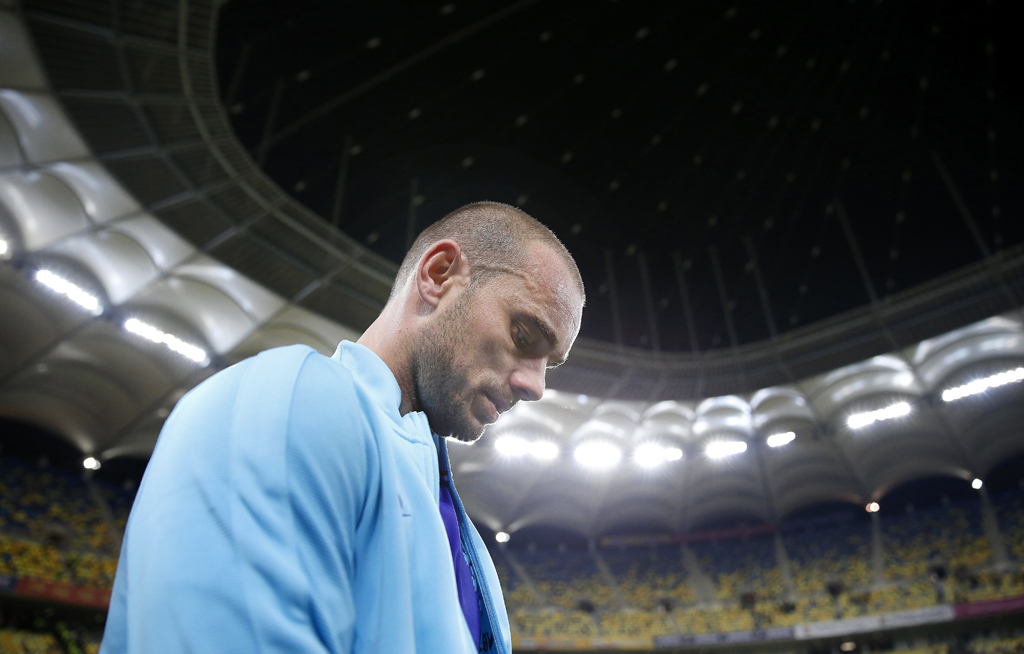 Wesley Sneijder of the Netherlands reacts after the International Friendly soccer match between Romania and the Netherlands at National Arena stadium in Bucharest, Romania, 14 November 2017.

A statement on the team&39;s official social media said a deal was in place for the Dutch veteran, who most recently played in France&39;s Ligue 1 with Nice.

Breaking : We are delighted to announce that @sneijder101010 will join Al Gharafa Sports Club. pic.twitter.com/7DV4nIRmZi

"Breaking: We are delighted to announce that @sneijder101010 will join Al Gharafa Sports Club," the team&39;s Twitter page said.

Sneijder, 33, a midfielder, won La Liga with Real and Serie A and the 2010 Champions League with Inter.

He played 133 times for the Netherlands, making him the nation&39;s most capped player, and appeared in the 2010 World Cup Final which the Dutch lost to Spain, 1-0.

Sneijder&39;s signing is a coup for the Qatari league, especially for Al Gharafa who sit in mid-table with just 11 points from 11 games.

Sneijder&39;s first appearance may be on January 12, in a league game against Al Ahli, who sit just one place above Gharafa.

The league&39;s biggest star is former Barcelona great Xavi Hernandez, who plays for Al Sadd but is likely to retire at the end of the season.

Other stars to have played in Qatar, the 2022 World Cup finals host, include Raul and Pep Guardiola.