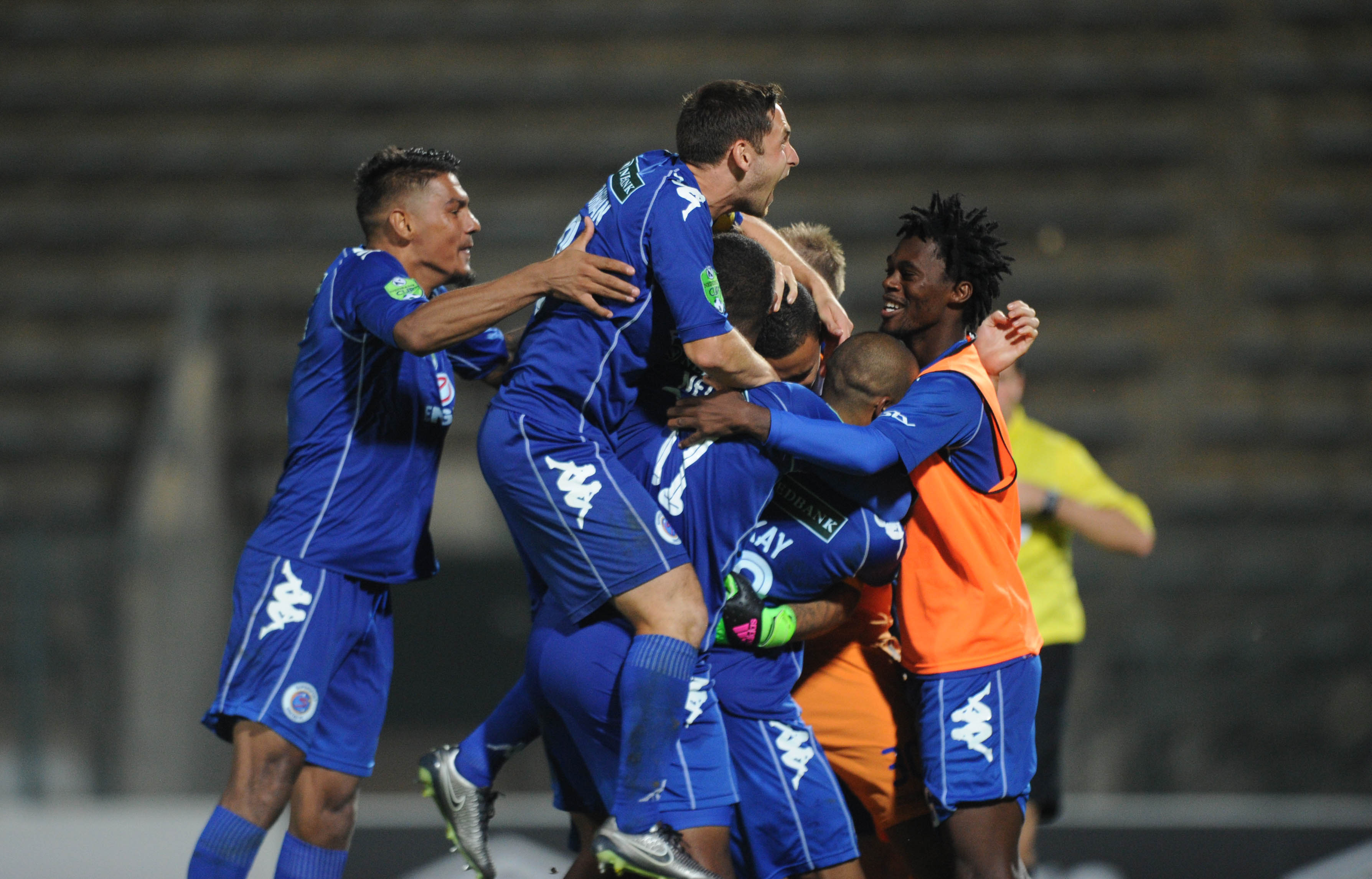 Ronwen Williams of Supersport United ccelebrates with teammates during the Nedbank Cup last-16 match against the University of Pretoria on 5 April 2016 at Lucas Moripe Stadium.

JOHANNESBURG - Soccer lovers are in for a treat during the 10th edition of one of Africa’s most iconic cup competitions.

The mouth-watering fixtures which were confirmed during a live broadcast on Thursday night, have set the perfect stage for the country to witness top flight teams going head to head, on equal playing fields, with second and third tier teams.

“The 2017 Nedbank Cup celebrates a successful partnership with the Premier Soccer League (PSL), The Sports Trust, football fans, our clients and communities.

“We hope that it demonstrates Nedbank’s purpose of using our financial expertise to do good for individuals, families, businesses and the communities,” said Thulani Sibeko, Group Executive for Marketing, Communications and Corporate Affairs at Nedbank.

The tournament has been the Launchpad for teams like Baroka FC who rose from being an unknown third-tier side that beat Soweto giants Kaizer Chiefs in 2011 and continued to rise year after year to a point where they made it to the semi-finals in 2016 and are currently playing in the PSL.

This tournament also guarantees the winner entry to the continental CAF Confederation Cup.

With the prize money of R7 million and a guaranteed R100 000 for the lower league team that qualify for the last 32, the tournament not only provides much-needed funding for some of the struggling sides, it also inspires players by giving them a chance to showcase their talent and gain valuable top-flight football experience.

PSL acting Chief Executive, Mato Madlala said: “The last 10 years have brought the PSL and Nedbank closer and we would like to believe that this has been a mutually benefiting relationship.

“At the heart of the Nedbank Cup is the desire to give opportunities to aspiring individuals from amateur clubs to showcase their talent and change their lives. The Premier Soccer League has, for years, been at the centre of the rags to riches story in South Africa.

To expand its impact, the Nedbank Cup has a sports developmental arm through the highly awarded Nedbank Cup Ke Yona Team Search, which has gone across the country and unearthed more than 15 professional footballers among them Aubrey Modiba who is now the reigning Premier Soccer League Young Player of the Season.

He is also a Bafana Bafana international and a member of Team South Africa’s Men’s Olympic football team.