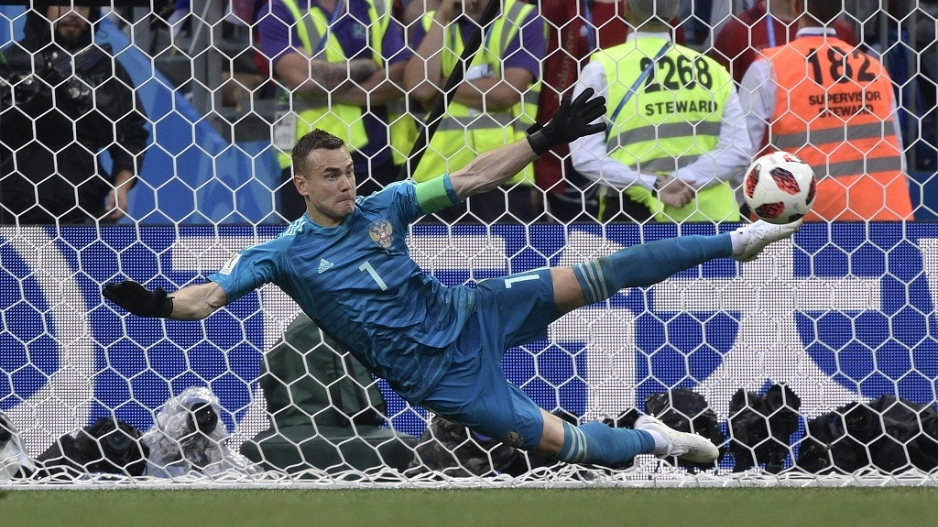 People place flowers in memory of the victims of Airbus A321 crash at the Pulkovo Airport on November 1, 2015 in St. Petersburg, Russia. A Russian Airbus-321 aircraft with 224 people aboard crashed in Egypt's Sinai Peninsula on Saturday.

RUSSIA - Host nation Russia beat Spain in a penalty shootout to move into the World Cup quarter-finals and knock out the 2010 winners.

Iago Aspas&39; penalty was saved by Igor Akinfeev to hand Russia victory after a match that Spain had completely dominated.

Akinfeev said Russia&39;s game plan had been to hold on for a penalty shootout.

Spain dominated the last-16 match but after centre-back Sergei Ignashevich gifted them the opening goal on 12 minutes, Russia drew level when Artem Dzyuba converted a penalty awarded for a handball by Gerard Pique shortly before half-time.

Despite overwhelming Spanish possession, the 2010 winners were unable to break down the Russian defence even after extra-time.

Akinfeev saved Koke&39;s penalty to give Russia the advantage. After Denis Cheryshev converted his spot kick, Akinfeev stopped Iago Aspas&39;s effort with his legs to spark mass celebrations in the Luzhniki Stadium in Moscow.

WATCH: Brush up on your Russian for the Soccer World Cup

"We were hoping for penalties," Akinfeev said.

"We are having a fantastic World Cup. Not just our fans, but the fans of other countries are getting a sense of this atmosphere and understood that Russians really know how to play football and want to play football."

Russia coach Stanislav Cherchesov said: "We spent two years working on this and did a good job."

This has got to be one of the best penalty saves EVER ESPRUS pic.twitter.com/h8rCcMjn7n