Stars shine with 2-0 win over Arrows 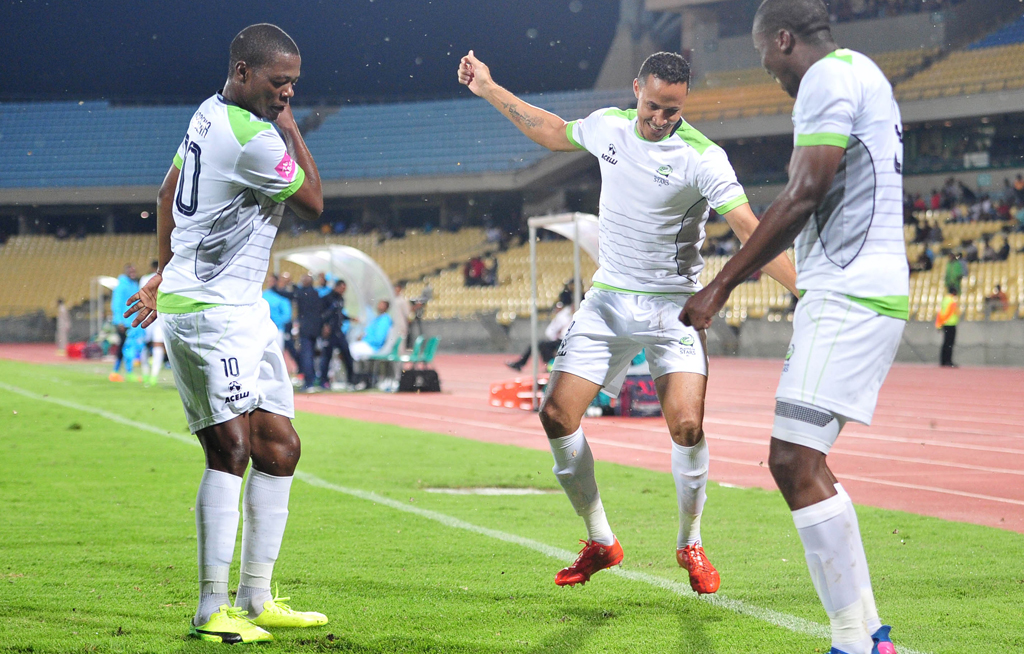 Bonginkosi Ntuli of Platinum Stars celebrates his goal with his teammates during the Absa Premiership 2016/17 match between Platinum Stars and Golden Arrows at Royal Bafokeng Stadium, South Africa on 07 March 2017.

RUSTENBURG  – The impressive form of Platinum Stars continued as they beat Golden Arrows 2-0 in an Absa Premiership match played at the Royal Bafokeng Stadium in Rustenburg on Tuesday evening.

The hosts went into the lead as early as the 12th minute when midfielder Tintswalo Tshabalala converted a cross from striker Bongi Ntuli.

In in the 89th minute of the match, Ntuli got his chance to get on the score sheet when he finished off a cross from striker Benson Shilongo, to ensure Stars’ third consecutive league win.

Both goalkeepers in Stars’ Mbongeni Mzimela and Arrows No 1 Nokosingphile Gumede had busy evenings with Gumede in particular, having done well to keep out a powerful shot from Shilongo in the 82nd minute, which would have all but sealed the result slightly earlier than expected.

The Stars rear-guard did well to blunt out the attacking flair of Arrows leading scorer in midfielder Lerato Lamola and striker Musa Bilankulu, who showed the potential of upsetting the Rustenburg party.

Shilongo and Malawian striker Gerald Phiri both received yellow card cautions in the final quarter of the match.

Stars have put together four wins and four draws in the last nine matches, with the only blemish having been a 2-1 reverse to defending champions Mamelodi Sundowns in Rustenburg on February 21.

Stars’ good form also proves just how fickle football and fans can be, as prior to the Rustenburg side’s super run, many were calling for the head of coach Cavin Johnson, after four consecutive losses in the league campaign, which left the club spluttering just above the relegation zone.

Now on 23 points from 20 matches, Stars will change their attention to CAF Confederation Cup first round action, when they host Ugandan side Vipers in the first leg fixture on Saturday.

Following that, they will play National First Division side Amazulu in a Nedbank Cup last 32 round fixture next Wednesday (March 15) before resuming league matters away against title-chasing Bidvest Wits on April 2.

Arrows, who had gone into the match with high hopes following their 1-0 win over Maritzburg United at the weekend, remain on 21 points, now from 20 games. They will look to get back on to the winning trail, when they take on Maritzburg in Nedbank Cup last 32 round action at the Princess Magogo Stadium on Sunday.

Their next league fixture being a home fixture against Highlands Park on April 1.