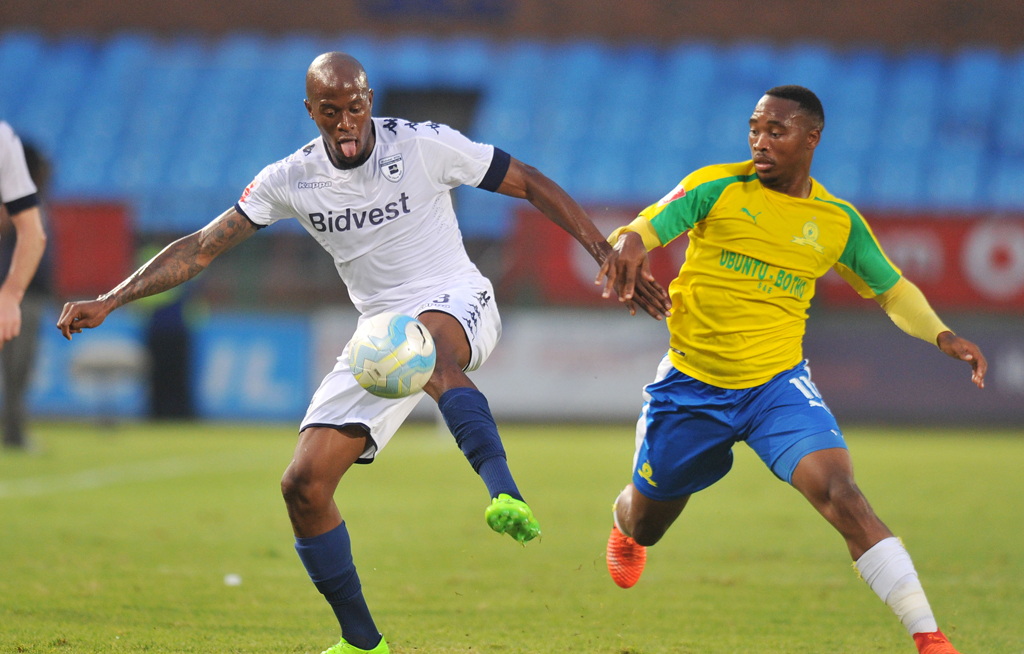 Hlompho Kekana opened the scoring in the 39th minute of the match when the midfielder converted a free kick over the defensive wall and into the bottom right corner of the Wits goal, and with Wits throwing caution to the wind in search of the equaliser, former Wits striker Sibusiso Vilakazi converted a cross from Percy Tau to double the score, two minutes into added-on time in the second half.

The match was an all-action affair with both midfield combinations involved in a constant tussle to get the upper hand to control the transitional play, but it was the hosts who had the better of the battle.

Sundowns were forced to change their goalkeeper after 20 minutes of play, after Denis Onyango landed awkwardly on his leg and had to leave the field. His place was taken by former Platinum Stars ‘keeper Wayne Sandilands who was up to any challenge that the Wits attack sent his way.

The hosts were unlucky not to have a penalty in the first half when Ivory Coast striker Krahire Zakri seemed to have been brought down in the Wits penalty box by the visitors’ former Amazulu defender Sifiso Hlanti, but no action was taken by the match official.

Referee Thando Ndzandzeka had his hands full as tempers flared up on several occasions with Sundowns players in defenders Wayne Arendse and Tebogo Langerman, as well as midfielder Tiyani Mabunda, as well as Wits players in striker Gabadinho Mhlongo, defender Thulani Thlatswayo, and midfielders Daine Klate and Granwald Scott, all having their names taken for yellow card offences by the match official.

Sundowns centre back Arendse can consider himself lucky to have completed the first half after seemingly getting away with an elbow on Wits striker James Keene, while Langerman’s touch-tackling also found the wrath of the small number of Wits supporters present.

The win takes the PSL champions to 32 points from 14 games, with six wins and a draw from their last seven league matches. Their next outing is another home encounter, against Chippa United on Tuesday night. All is not lost for the Clever Boys, as Wits are known, as the defeat was only their third in 17 league matches this season. They have a total of 34 points and will take on struggling Bloemfontein Celtic in the Free State capital on Friday.