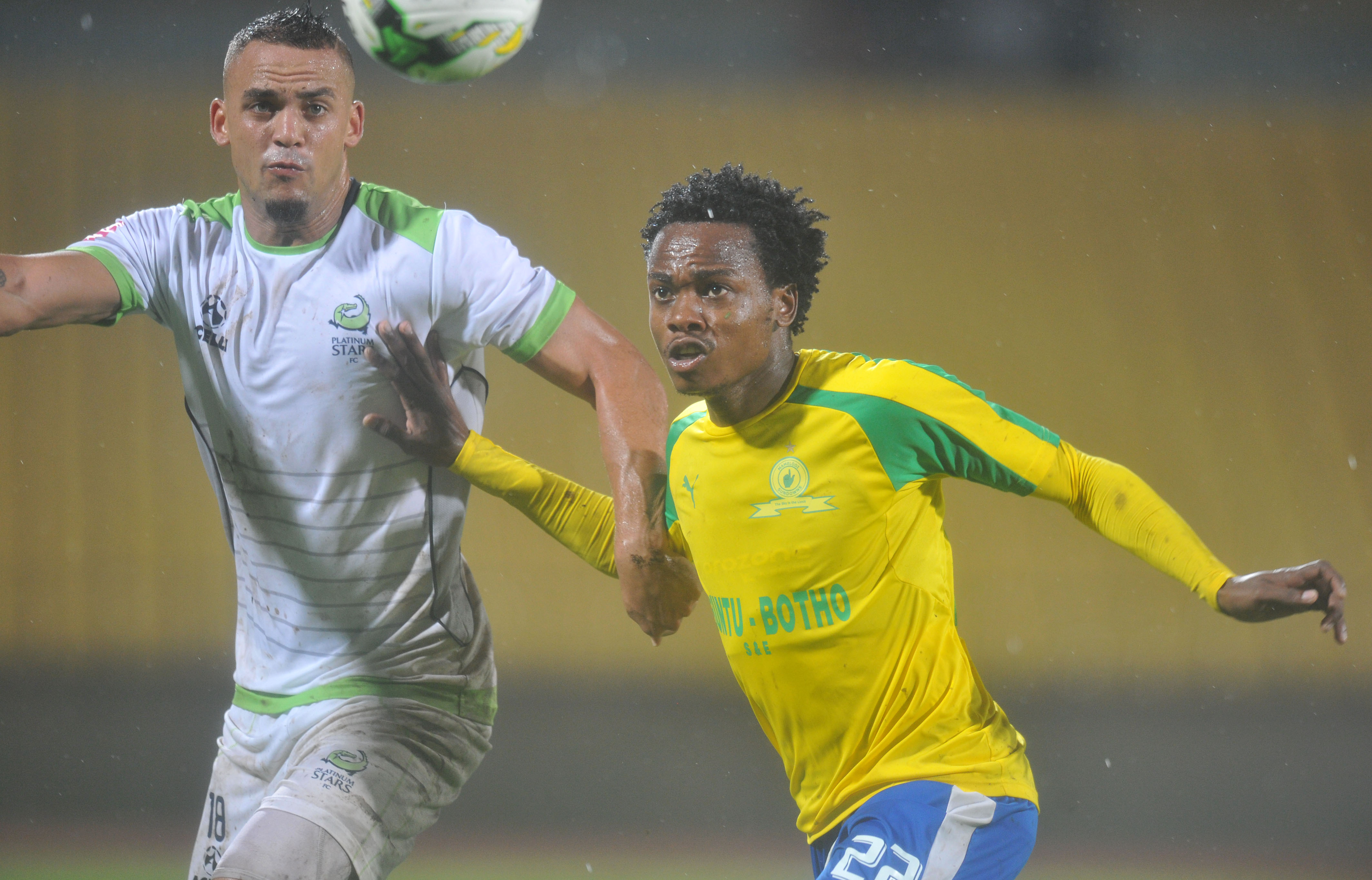 RUSTENBURG - Mamelodi Sundowns continued their astounding winning form when they defeated Platinum Stars 2-1 in an Absa Premiership clash at the Royal Bafokeng Stadium on Tuesday night.

READ: Confident Sundowns in winning mood as they eye clash with Stars

Fresh from being crowned African Super Cup champions at the weekend, Sundowns got into stride very quickly. As early as the sixth minute, after some sweet interplay, Percy Tau was presented with an opportunity, but Stars goalkeeper Mbongeni Mzimela pulled off the save to deny the striker. But that proved to be just a temporary respite as Sundowns took the lead five minutes later when the in-form Themba Zwane scored.

Stars were under severe pressure as Sundowns continued to turn on the charm, and the chances continued to pile up. Tau hit the upright, Bangaly Soumahoro had an opportunity blocked and Anthony Laffor scuffed an attempt. Stars were just barely hanging on as, soon after, Khama Billiat’s effort was cleared off the line and Anele Ngcongca steered a diving header wide of the target.

Somehow or other, the score remained 1-0 at the break, though it could have been so much more if Sundowns had turned possession and territory into goals.

But football is a sport where, if you don’t make use of your opportunities, chances are, you’ll pay the price. It proved to be the case for Sundowns too. Four minutes into the second half, Stars drew level when Sphamandla Mlilo headed in neatly.

The equalising goal galvanised the Rustenburg side. Finally, they found their groove and started to give as good as they got in the opening 45 minutes – and they were unfortunate not to score when Abia Nale drilled the ball into the side-netting.

It was a real contest now – end to end stuff – and chances accrued to both teams. For Sundowns, Tau headed over the bar, while at the other end substitute Gift Links drew a great save from the Pretoria club’s goalkeeper, Denis Onyango.

But Sundowns aren’t PSL and African champions for nothing and it was last season’s Player of the Season, Billiat, who popped up to net the winning goal in the 82nd minute.