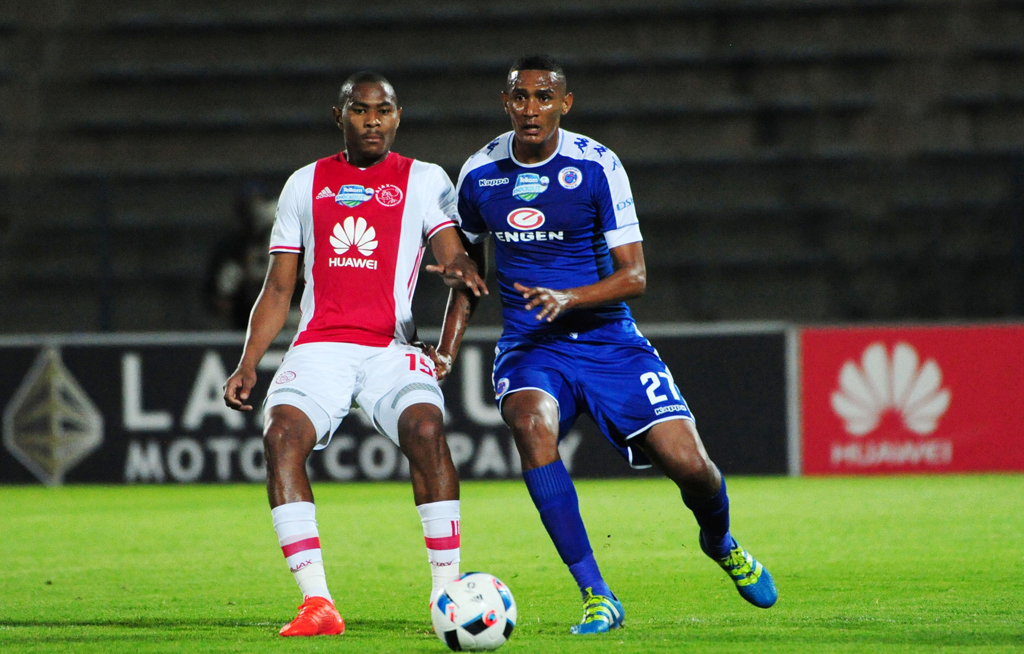 A solo Thuso Phala goal in the first minute of extra time was enough to hand Matsatsantsa their ticket to the next round against an Urban Warriors side that remain winless in 2016/17.

It was a fiercely contested opening to the game as both teams cancelled each other out in the early exchanges.

The first meaningful effort on goal came in the 28th minute as the away team went close to breaking the deadlock through Tashreeq Morris. However, Ronwen Williams was alert to the danger as he made a brilliant finger tip save from the Ajax attacker.

Two minutes later and Matsatsantsa threatened the Ajax goal with Kingston Nkatha let fly from outside the box – the ball just failing to find the target.

The lively Morris once again threatened, this time on the stroke of halftime as his header from an Erwin Isaacs corner went over the bar.

The team from Cape Town looked the more likely to score as the second half began. Good interplay between Thabo Mosadi and Bantu Mzwakali led to the former having an effort at goal that was well blocked by Denwin Farmer.

Mosadi once again went close, this time in the 70th minute, but SuperSport were happy to allow shots from distance at that stage.

The teams could not be separated after 90 minutes and extra time was on the menu.  A minute into the further 30 minutes saw Phala find the back of the net when he put United in front with a right foot finish from a Michael Boxall pass.

The game was then stopped due to inclement weather but got under way ten minutes later.

Roger de Sa’s men were let off the hook towards the death as substitute Bradley Grobbler almost doubled the lead, only to be denied by another storming save from Jody February.