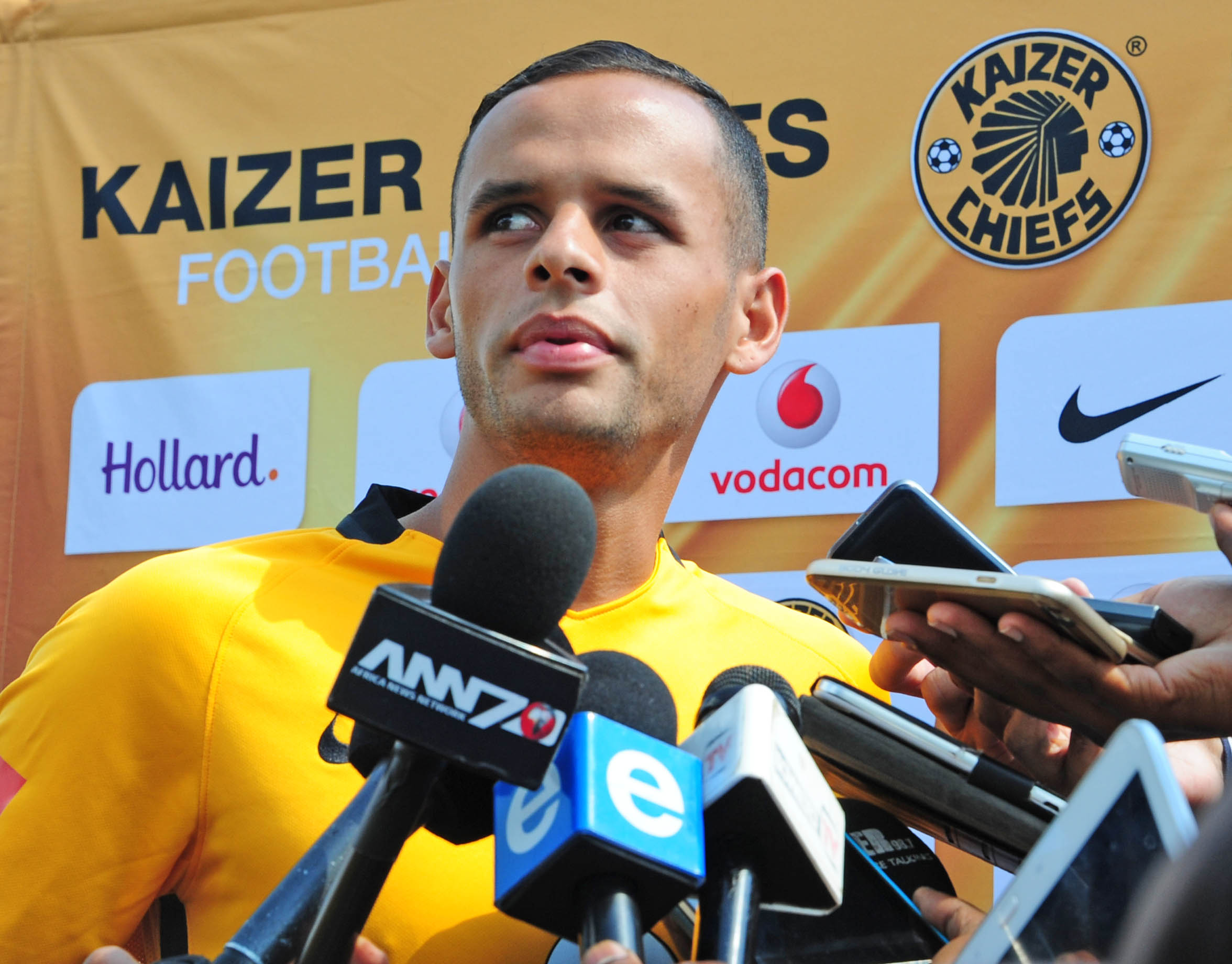 JOHANNESBURG - Gustavo Paez, Kaizer Chiefs’ new January signing, is enjoying life in SA football, and is looking forward to further challenges in his team’s chase for silverware this season.

The Venezuelan-born striker has already caught the eye with his early form and recently netted his first Kaizer Chiefs goal in the Nedbank Cup victory over Stellenbosch FC.

In a recent interview with the Chiefs media team, he spoke of his experience so far.

“I’m feeling comfortable here. My teammates, the Kaizer Chiefs staff and the rest of the technical team have really helped me to adjust to my new surroundings.”

He was asked if any preconceptions had been altered, to which he replied: “South Americans know little or nothing about South Africa and I had no idea that Johannesburg was such a world-class city.

“The standard of living and quality of life is much better here than at home. It is tough in Venezuela right now, with the unstable political situation being a threat to the safety of the citizens.

“On the football front, people know about Kaizer Chiefs, Pirates and Sundowns. For me, the game is very advanced in South Africa. The standard is high and the league is hard.”

Gustavo Paez: "My wife & I visited my friend, Leo Castro, a few days ago. We spoke about how crucial this game is for our respective teams" pic.twitter.com/pu9qkZvU3U

On his football development, he remarked: “When I joined the team, I had just recovered from some minor surgery. I started slowly, worked hard with the physio and needed a bit of game-time to regain match fitness.

“I struggled with pace and stamina, but I’m now fully fit and can run for 90 minutes without any problems.”

Regarding his opponents to date, he said: “The game against Baroka wasn’t easy – the 2-2 result says it all. I’ve noticed that every game is tough for Kaizer Chiefs as other teams give 100% when they play against us.”

He described the level of SA football, compared to leagues elsewhere: “I was telling my agent and my father that the PSL (Premier Soccer League) is very technical; there’s a lot of running and the teams pass the ball more than other leagues I have played in.

“You have to be very fit to make it here. I love this style of play, because it suits me.”

Paez was asked about the fans and the match-day vibe. He answered: “The atmosphere is unbelievable. I have played in and seen some big games in South America. For example, when Boca Juniors play River Plate, the whole of Argentina comes to a halt.

“The Soweto Derby is different in the sense that it’s more friendly and supporters get along. It’s not everywhere that you will see supporters mix and enjoy the game together.

“In South America, fans are separated and the police work very hard to ensure there is no violence. A lot of countries and soccer fans could learn a lot from the South African supporters.”

The Amakhosi forward described the the cup tie against Stellenbosch, in which he started, scored and got an assist, as his brightest moment so far.

He is looking forward to Chief’s next fixture – a PSL home clash against Mamelodi Sundowns at FNB Stadium in Johannesburg: “I’m really excited.”

“My wife and I visited my friend from Sundowns, Leonardo Castro, a few days ago and we spoke about how crucial this game is for our respective teams.”

Of the Amakhosi faithful he said: “We need their support in each match, because they motivate us to give our best. We encourage them to come out in numbers and we will not disappoint them.”