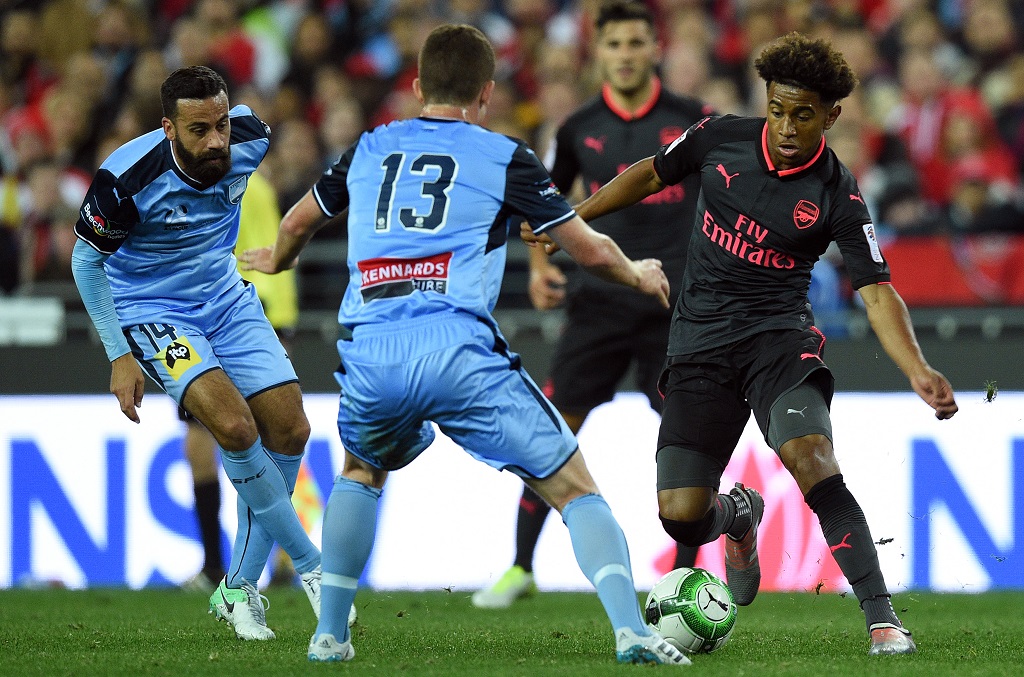 The 17-year-old looked like a star in the making as he ripped apart the Sydney FC defence with his pace and on-the-ball skills in Sydney on Thursday.

While record-signing Alexandre Lacazette grabbed the headlines with a goal on his Arsenal debut, it was Nelson who provided Wenger with a glimpse of an outstanding future.

"Since I've been in the game I've understood that you either have that (confidence) at 17 years of age or you don't," Wenger told reporters after the match.

"They all did well today, Reiss Nelson, Joe Willock as well had a very strong performance. They are young, just 17 or 18 years old, so that is very promising."

READ: Lacazette scores on debut in Arsenal win against Sydney

The Gunners will stay on in Sydney to play 2014 Asian Champions League winners Western Sydney Wanderers at the Olympic Stadium on Saturday, with Wenger thrilled by the response of Australian fans to the club's first visit Down Under in four decades.

"There were 80,000 fans turning up for a game like that and it shows how incredible sport is in Australia and how incredible the support we have here," he said.

Wenger hailed Sydney FC goalkeeper Andrew Redmayne as the man of the match in Thursday's game after his spectacular saves but was reminded by reporters that Redmayne had a trial with the Gunners 12 years ago.

"But if he was with us, we made a mistake (not signing him)!" he laughed.

Redmayne, then 16, trialled at Highbury and nearly had a deal before the north London club opted to sign a 15-year-old Wojciech Szczesny instead.